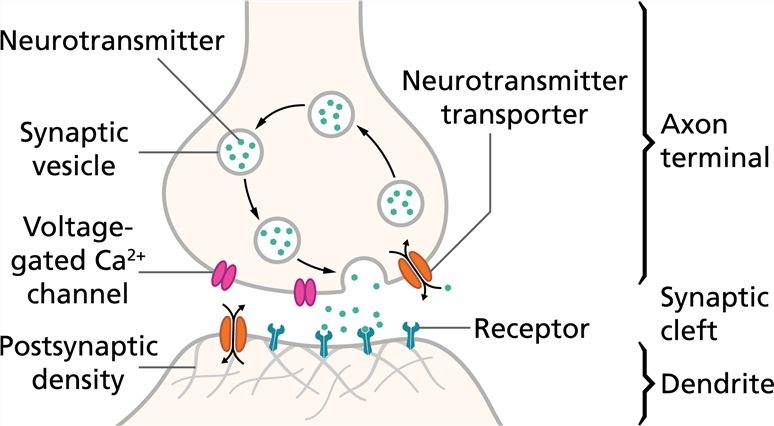 Fig.1 An action potential, or spike, causes neurotransmitters to be released across the synaptic cleft, causing an electrical signal in the postsynaptic neuron.

EEG recordings were the first direct and non-invasive method to measure human brain activity. Earlier studies have examined the original EEG to describe changes in electrical activity states during sensory processing and simple detection tasks by recording when the stimulus occurred and when the task was performed.

However, when scientists started using event-related potential (ERP), this technique quickly became a major tool for cognitive neuroscientist. Despite the rise of modern neuroimaging methods, ERP technology has several advantages that continue to make it one of the most widely used methods for studying cognitive.

What is Reaction (Response) Time?

Reaction time is a measure of the ability to detect, process, and respond to stimuli. It refers to the time between when we perceive something and when we react to it. It depends on several factors:

Perception: It is essential to see, hear, or feel stimuli with certainty.

Processing: It is necessary to focus and fully understand the information for a good reaction time.

Reaction time is not only affected by injury or a specific disease. Many other conditions that can reduce and impair reaction time, such as sleep, mood, anxiety, or inattention. However, unlike other factors, patients affected by these environments can recover from response times more quickly and easily. 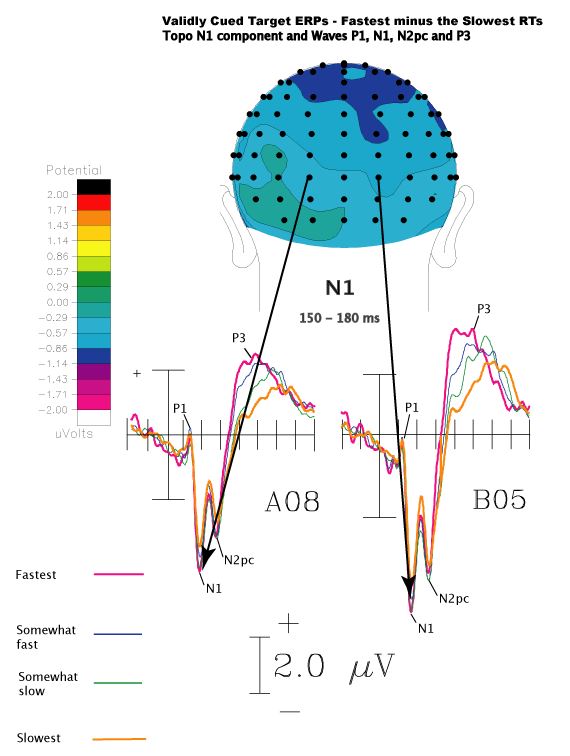 Fig.2 The effects of response time, the fastest versus the slowest trials, on the target-evoked N1. (Schomaker, 2009)

Creative Biolabs is a specialist in neuroscience research, focusing on brain potential measures and reaction time research. Our team of highly qualified and experienced technical staff will work with you to develop a reasonable and efficient solution for electrophysiological methods. If required, please contact us for further details.

Thank you for your interest in Brain Potential Measures and Reaction Time Studies. Please provide us with your contact information and your local representative will contact you with a customized quote. Where appropriate, they can also assist you with a(n):