Endocytosis is a cellular process by which cells transfer materials that are too large to cross through the membrane lipid bilayer directly into cells, commonly like antibodies, microorganisms, and cell debris. When macromolecules are bound to the cell membrane surface, the local cell membrane invaginates and forms a small capsule surrounding macromolecules. Then the capsule that contains the macromolecules detaches from the cell membrane and forms a vesicle, entering the cell. Endocytosis is an important way for cells to obtain macromolecules and granules from the outside of the cell, which is closely related to a variety of biological processes, such as immune response, signal transduction, neurotransmitter transportation, cell and tissue metabolism balance. 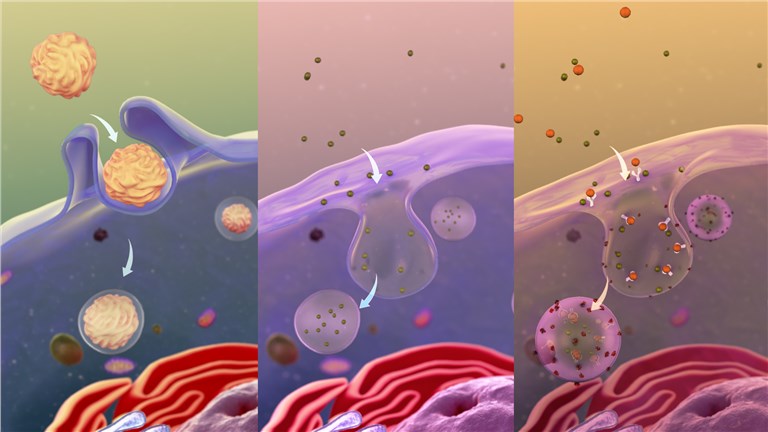 Fig.1 The different types of endocytosis.

According to the different substances and mechanisms, endocytosis is generally divided into three types: phagocytosis, pinocytosis, and receptor-mediated endocytosis. 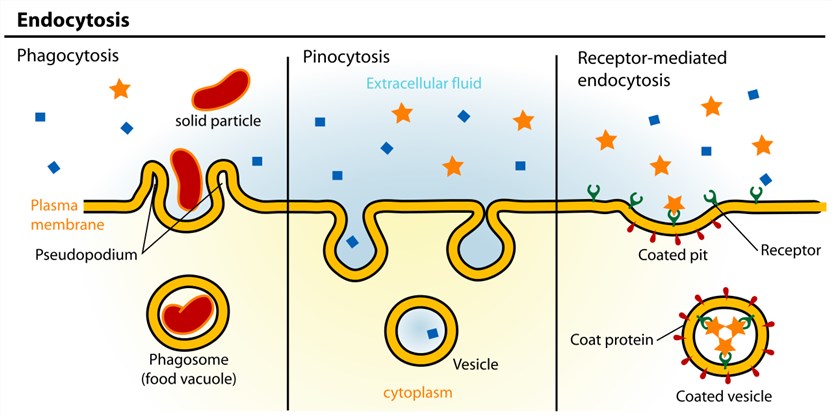 In the process of endocytosis, clathrin protein preferentially binds to the binding site of the cytoplasmic surface on the plasma membrane to participate in the formation of vesicles. Clathrin-adaptors, are vesicular transport adaptor proteins that bind clathrin to the adaptor complex on the surface of coated vesicles, playing important roles in the integration and transmission of intracellular signals.

Dynamin is a kind of GTPase aggregating in the neck of the endocytic vesicle, forming a helical polymer. During the endocytosis, it is mainly responsible for cutting the newly formed vesicles from the membrane of one cell compartment by hydrolysis of GTP.

Neuroligins are a group of alternatively spliced transmembrane proteins distributing in the postsynaptic membranes. Through transsynaptic interactions with the neurexins, neuroligins are involved in the formation and consolidation of synapses between two neurons.

Synaptojanin is a family of proteins playing key roles in the uncoating and recovery of synaptic vesicles during the endocytosis in neurons, the possible mechanism of which is considered to be related to attracting the clathrin, associating with the vesicle coating.

Creative Biolabs here provides a wide range of off-the-shelf products for different neurosecretion research. Please feel free to contact us if you are interested or have any questions.

Thank you for your interest in Endocytosis. Please provide us with your contact information and your local representative will contact you with a customized quote. Where appropriate, they can also assist you with a(n):