Large dense-core vesicles (LDCVs), formed at the trans-Golgi network (TGN), where their soluble content aggregates to form a dense core. They function as storage organelles to regulate the release of neuropeptides and peptide hormones. 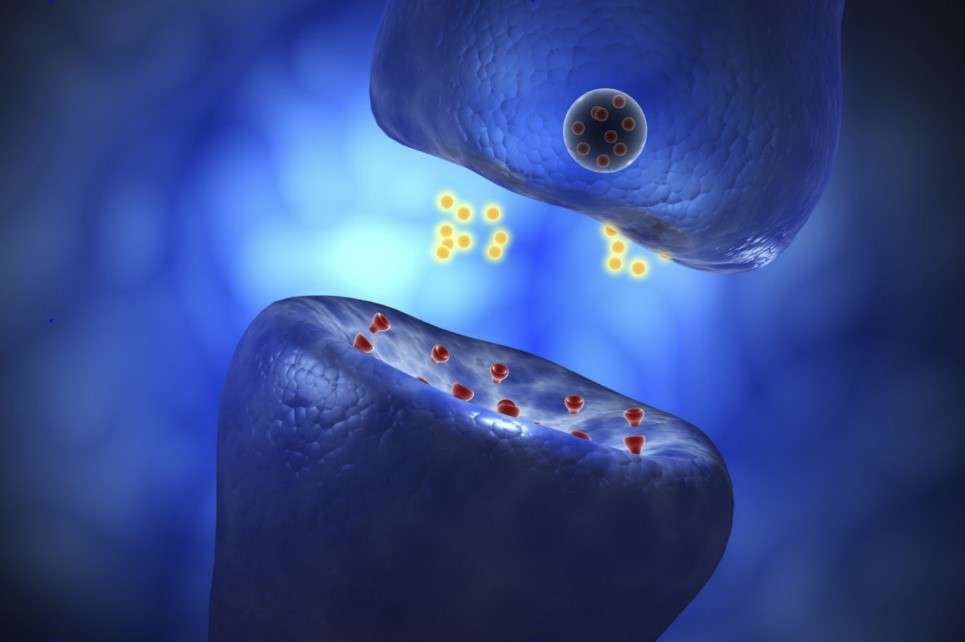 Neurons utilize two different types of vesicles to package and release neurotransmitters: synaptic vesicles and large dense-core vesicles (LDCVs), the coexistence of which is widespread in nerve terminals. LDCVs, also called secretory granules or chromaffin granules, are responsible for the exocytosis processes of amines, neuropeptides, and hormones that mainly stimulate G-protein-coupled receptors (GPCRs). The size of typical LDCVs in neurons varies from 75 to 100 nm. Compared to synaptic vesicles in the central nervous system. LDCVs are minor components, amounting to only 1~2%. However, they are highly abundant in specialized brain regions (such as the hypothalamus), dopaminergic neurons, and sympathetic neurons of the peripheral nervous system.

The cargo of LDCVs mainly consists of proteinaceous materials, which are of small size and are currently referred to as neuropeptides. Usually, neuropeptides are small protein molecules contained in neurons, composed of up to a hundred amino acids. Recently, LDCVs have been demonstrated to load bigger molecules such as brain-derived neurotrophic factor (BDNF) or the glial-derived neurotrophic factor (GDNF) and their pro-peptides. Moreover, co-storage of multiple peptides within individual LDCVs is also common in various areas of the central and peripheral nervous systems.

Biogenesis of LDCVs in Neuroendocrine Cells

Biogenesis of LDCVs is a highly ordered process that consists of several steps.

The secretory cargo proteins aggregate in the trans-Golgi network (TGN), which is composed of immature dense core matrix proteins and neuropeptides.

The immature dense core vesicles comprising the cargo and membrane proteins such as synaptobrevin, cellubrevin, GP III bud off from the TGN.

These newly generated LDCVs appear to move rapidly toward the plasma membrane. The exocytosis process is regulated by the specific membrane proteins both at the plasma membrane and on LDCVs, including synaptotagmins that act as Ca2+ sensors for vesicle fusion and release.

LDCVs play important roles in the regulated exocytosis of neuropeptides and peptide hormones. However, the mechanisms and pathways controlling LDCVs biogenesis are still not completely understood. To better understand the function and regulation of LDCVs, Creative Biolabs has developed a full line of high-quality neuroscience products targeting the LDCVs, including but not limited to antibodies, proteins, cell lines, as well as customized development services. If you are interested in our services and products, please do not hesitate to contact us for more detailed information.

Thank you for your interest in Large Dense Core Vesicles (LDCVs). Please provide us with your contact information and your local representative will contact you with a customized quote. Where appropriate, they can also assist you with a(n):