The genomic era makes it possible to measure high-throughput quantitative biological data. These technologies, ranging from fluorescence microscopy and polymerase chain reaction (PCR) to microarrays and sequencing, have successfully been applied to bulk samples containing many thousands of cells. The ability of single cells to resolve anatomical heterogeneity has become a powerful approach to study complex phenomena. 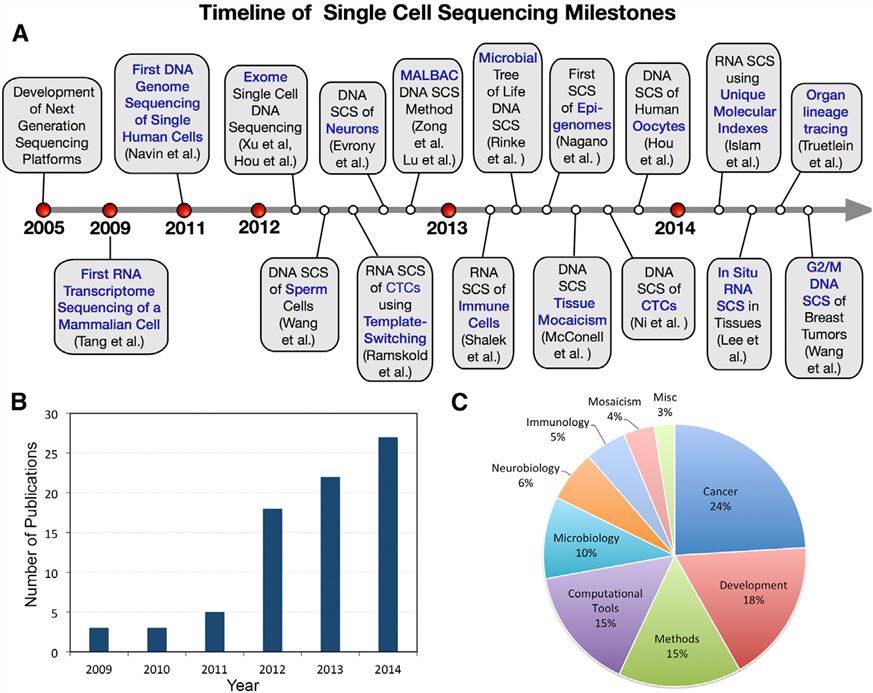 With the development of gene-encoded fluorescent proteins, cell imaging has undergone revolutionary changes, which makes it possible to analyze protein localization and transport in living cells at a single-cell level. For example, Livet et al. tagged neurons with a variety of different colored genes through random Cre/lox recombination of fluorescent proteins and were able to visualize hundreds of neighboring axons and synaptic contacts in the brains of transgenic mice.

FACS machines can process tens of thousands of cells per hour, measuring about 18 surface markers at a time. FACS has become a core technology tool in biomedicine especially in characterizing different types of cells in the blood and immune systems. Using DNA binding dyes, FACS can study the DNA content of single cells.

Microarrays enable the measurement of thousands of genes at once by hybridization of a fluorescently labeled biological sample to an array consisting of thousands of synthetic oligonucleotide probes.

Single-cell sequencing is useful not only to access the genomes of uncultivated organisms but also for comparing the genetic sequences of individual cells sequenced from a population. 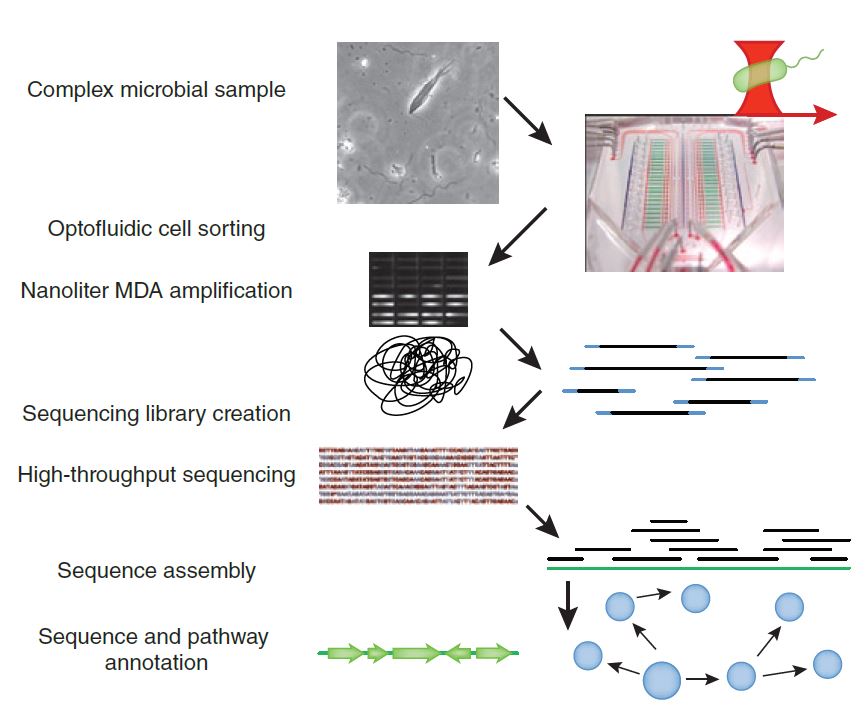 Neurons represent one of the most morphologically diverse populations of cells. Traditional classification has relied mainly on morphological features; however, single-cell RNA sequencing provides a powerful unbiased approach to classify neurons based on their transcriptional profiles. In a study by Qiu et al., single neuron RNA sequencing was combined with electrophysiology to obtain transcriptional profiles from embryonic mouse hippocampus and neocortical neurons. In another study, single-cell RNA-seq was performed in situ in spatially defined neuronal regions, which identified cell-to-cell transcriptional variation in hippocampal neurons.

Several studies have also begun to investigate DNA heterogeneity in neurons. SCS was recently used to study LINE-1 retrotransposition in the cerebral cortex and found that each cortex neuron had an average of 0.6 somatic insertions events. In another study, SCS using microwells identified copy number changes in a normal postmortem brain and a patient with Down syndrome. These initial studies show that SCS provides a novel approach to classify neuronal cell types and identify an unexpected amount of DNA diversity in neuronal populations.

Genetic and phenotypic heterogeneity among cells is the rule, not the exception, in tissues and natural populations of microbes, and single-cell techniques are the most powerful methods for resolving such cell-to-cell variation. Creative Biolabs has a very strong technical force in the field of neuroscience research, focusing on single-cell level analysis in recent years. We can develop customized single-cell genomic methods for customer’s neuroscience research projects to make the greatest breakthrough in your project. Contact us for more information.

Thank you for your interest in Single Cell Genomic DNA Analysis. Please provide us with your contact information and your local representative will contact you with a customized quote. Where appropriate, they can also assist you with a(n):