Traditional two-dimensional (2D) tissue cultures have been used as in vitro models for research over a hundred years. Cells, grown as a monolayer on the flat dishes, are directly in contact with a nutrient fluidic medium. However, researchers found there are many limitations of 2D cell cultures, such as the homogenous concentration of nutrients, the rigidity of substrates, the planar environment, and the use of animal serum. To accurately mimic the natural 3D organization of cells and their extracellular matrix (ECM), researchers developed the method for 3D cell culture.

With developments in cell culture, many methods have been used to produce a specific tissue in 3D cells cultures. The most common way in 3D cell culture is to use a scaffold, which is a 3D structure for cells to be seeded on to form a tissue. A wide range of synthetic materials can be used as 3D matrix/scaffolds, including metals, ceramics, glass, carbon nanotubes, nanofibers, and synthetic polymers. Whatsmore, natural scaffolds, including polysaccharides, proteins, laminin, and acellular matrices, are useful as their inherent biocompatibility.

In addition, there is another method called scaffold-free 3D cell culture. It can be achieved with diverse technologies, such as the hanging drop plate (HDP), using microplates with a layer of ultra-low attachment (ULA), and using a bioreactor. 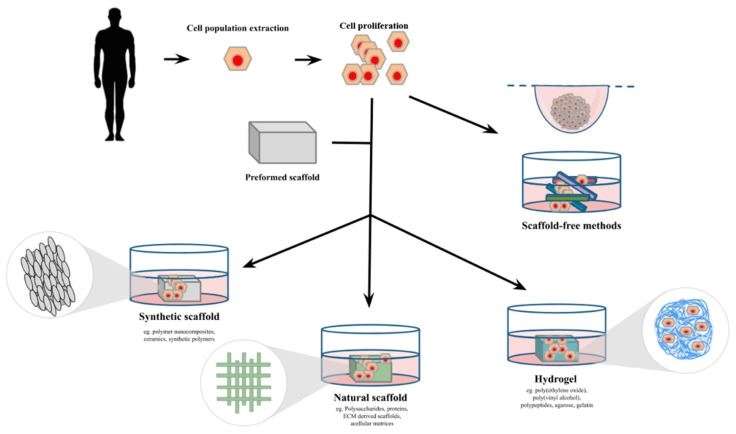 Many models for pathology have been developed using the 3D tissue culture method, which contributes to enhancing specific medical research and reducing animal testing.

In one research, the 3D tissue culture method was used to study amyotrophic lateral sclerosis (ALS). The result suggested that those cells from ALS patients’ biopsies can be used as an early diagnosis tool of the disease.

The usage of 3D cell cultures would allow greater predictability of efficacy and safety in humans before drugs move into clinical trials, which would also lower the development cost of new molecular medicines.

Stem cells are widely used as a cell source for regenerative medicine. Compared with the traditional 2D cell culture, it is reported that the efficacy of MSC-based therapeutics with the 3D method is improved. Besides, it suggested that mesenchymal stem cells (MCMs) cultured with the 3D methods have many additional beneficial effects, such as enhanced anti-inflammatory and tissue regenerative effects.

In one research, renal organoids, transplanted to the adult mice, successfully reconstituted the 3D structures of the kidney in vivo. That shows the great potential of 3D cell cultures using in transplantation.

Neurons are the major cell types of the central nervous system (CNS), which was formed by neural ectoderm during embryonic development. Recently, research has shown that in 3D cell cultures of embryonic stem cells (ESCs), spontaneous neural differentiation could be achieved with inhibition of signaling pathways. It suggested that neural structures could be recapitulated in vitro. In another study, various brain regions such as the retina, ventral forebrain, and dorsal cortex have been observed in the cultures of ESCs. That shows the potential restoration strategies of the damaged CNS and peripheral nervous system (PNS).

Thank you for your interest in Three-dimensional Tissue Culture. Please provide us with your contact information and your local representative will contact you with a customized quote. Where appropriate, they can also assist you with a(n):