Gene expression regulation is essential for the development and function of the mammalian central nervous system (CNS). A series of cell types, such as neurons, astrocytes, oligodendrocytes, microglia, and endothelial cells, can be generated through strict control of cell proliferation, migration, and differentiation. Recent research has shown that genome topology and relocation of gene loci within the nucleus are key factors for transcriptional regulation. And there are also multiple factors that influence transcription, such as nucleosome remodeling, non-coding RNAs, epigenetic modifications of DNA and histones, as well as region relocation to specific nuclear compartments. Folding the genome into sub-TAD and TAD compartments would limit the contacts between genes and their enhancers and co-regulated genes, and finally plays an important role in gene expression regulation. 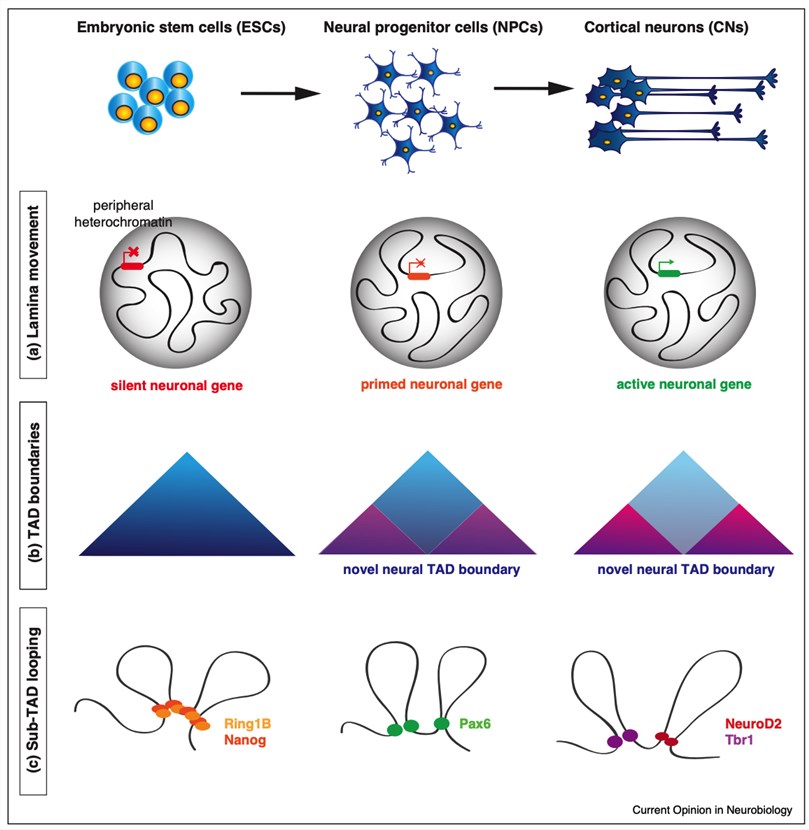 Mechanisms of Neurological Disorders by Alteration of Genome Topology

Disruption of chromosome organization is associated with the transcriptional dysregulation observed in many neurological disorders. 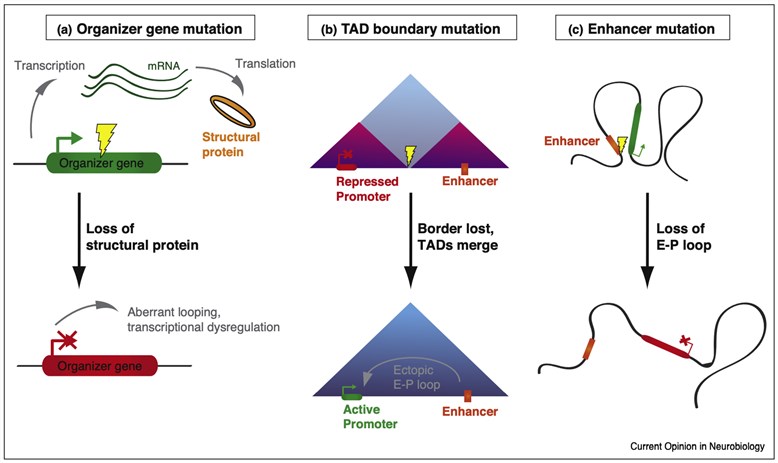 Cockayne syndrome (CS) is an autosomal-recessive, multisystem disorder with severe neurological symptoms, including growth failure, photosensitivity, developmental abnormalities, and degeneration of organ systems. Most of the CS patients carry mutations in Cockayne syndrome group B (CSB), which plays an important role in transcription-coupled repair. Even without the DNA damage, CSB can affect the expression of thousands of genes, especially neuronal genes. According to the experiments using human and mouse cell models, as well as brain tissue from CS patients, we have found that the absence of CSB can lead to defects in the gene expression program required for neuronal differentiation. In conclusion, the main cause of neurological symptoms in CS is the dysregulation of gene regulatory networks rather than DNA repair defects.

As a pioneer and the undisrupted global leader in neurosciences research, Creative Biolabs now provides a series of services and products to fill the gaps in this field. If you are interested in our services and products, please do not hesitate to contact us for more detailed information.

Thank you for your interest in Gene Expression Dysregulation in Central Nervous System (CNS). Please provide us with your contact information and your local representative will contact you with a customized quote. Where appropriate, they can also assist you with a(n):