Human neurodevelopment is a precisely regulated process that occurs over a protracted period. Neurogenesis is characterized by global changes in the transcriptomes and proteomes of differentiating cells. Also, brain development and function depend on the precise regulation of gene expression. Subsequent steps of neuronal development, including neuronal migration, axonal and dendritic outgrowth, the establishment of synaptic connections, and neuronal plasticity, are further refined by coordinated, Spatio-temporal crosstalk among various gene regulatory pathways. Many technical approaches with greater sensitivity and throughput could uncover new connections between gene expression and central nervous system (CNS) function.

In nervous systems, alternative splicing has emerged as a fundamental mechanism for diversifying protein isoforms and the spatiotemporal control of transcripts. Alternative splicing has played a major role in the evolutionary expansion of proteomics and functional complexity in the nervous system, including but not limited to synaptogenesis, neuronal growth, neurite outgrowth, axon guidance, neuronal network function, ion channel activity.

The nervous system contains many cell types, with estimates ranging from hundreds to thousands of different kinds of neurons and glial cells. This diversity of cell types poses a challenge for those attempting to understand the function of selected cellular subpopulations because the tools for manipulating gene expression in these subsets are limited. Many technologies such as bacterial artificial chromosomes (BACs) have greatly facilitated the manipulation of gene expression in specific cell types in the nervous system. 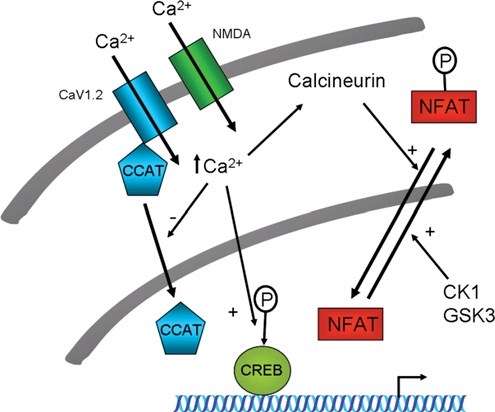 Chromatin structure plays important roles in the nervous system, directing differentiation and development, regulating neuronal activity, and assisting in maintaining neuronal memory. One of the critical functions for chromatin regulation in the brain involves tightly controlling gene expression patterns in a cell-type-specific manner during CNS development. The established link between disease and chromatin modifications provides the scaffold for novel therapeutic opportunities in the CNS.

Clock Genes and Their Regulation

Clock genes are a family of regulatory proteins capable of modulating gene expression through DNA binding areas termed E-box sites; typically, this is achieved in a circadian or diurnal fashion. In mammals, the temporal pattern of clock gene expression generated in each suprachiasmatic nucleus (SCN) neuron is amplified and spreads its signals through the brain. Using neurons in culture as a model, further research is needed to better understand the modulation of the expression dynamics of clock genes (i.e., intracellular signaling pathways) and thereby influences neuronal gene expression, neuronal transmission, and brain functioning. 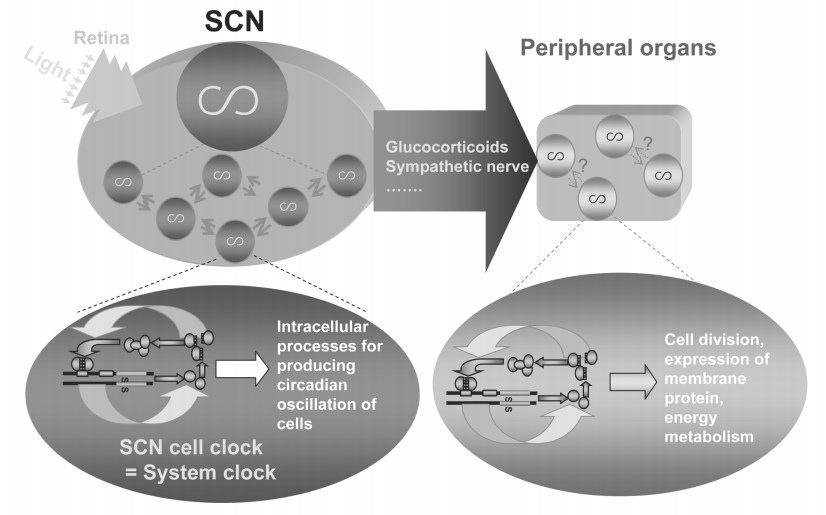 Substantial studies have gathered evidence supporting the idea that dysregulation of the gene expression of neural cells plays an important role in diverse pathological processes in the CNS. Dysregulation of gene regulatory networks rather than DNA repair defects may be the leading cause of symptoms in neurological diseases. The dynamic nature of gene expression makes it a complex topic for investigation, but it also introduces therapeutic opportunities since specific modulating drugs may soon be available.

Single-cell genomics has made increasingly significant contributions to our understanding of the role of somatic genome variations in human neuronal diversity and neurological diseases. Studying intercellular genome and epigenome variations has provided new clues to the delineation of molecular mechanisms that regulate the human CNS’s development, function, and plasticity. It has been shown that changes in genomic content and epigenetic profiling at the single-cell level can be involved in the pathogenesis of neuropsychiatric diseases (schizophrenia, mental retardation (intellectual/learning disability), autism, Alzheimer’s disease, etc.). 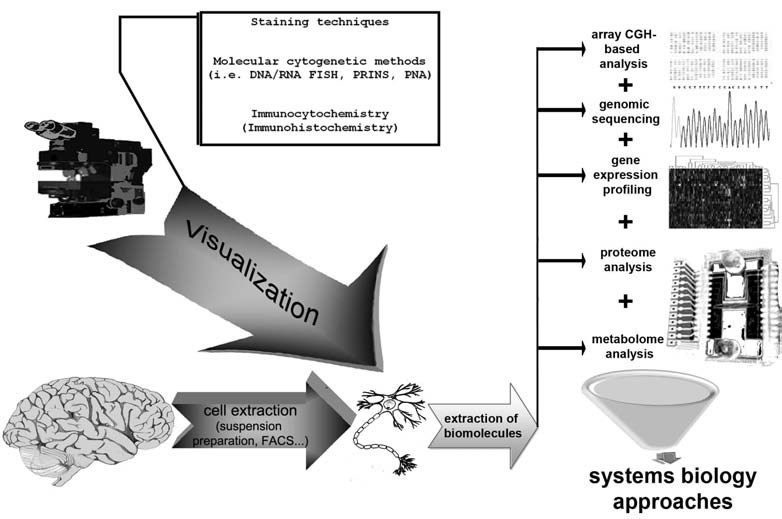 Research and progress in the CNS have been enhanced by a comprehensive analysis of the brain's Spatio-temporal dynamics control of gene expression. Controlling neural activity with high Spatio-temporal resolution is desired for studying how neural circuit dynamics control animal behavior. In particular, researchers focus on the Spatio-temporal regulation of neurexin, a synaptic adhesion molecule, by neuronal cell type-specific factors and neuronal activity, which are considered important for characterizing neural development and function within the mammalian CNS.

The discovery of RNA interference (RNAi) and the technology based on small interfering RNA (siRNA) now offers a powerful and highly specific tool for therapeutic gene transcriptional silencing. Many neurological diseases related to the nervous system, including neurodegenerative disorders, tumors, and retinal disease, are likely candidates to benefit from such advances. Thus, technologies that allow effective and precisely targeted gene transcriptional silencing within the complex environment of the nervous system are likely to have significant therapeutic potential.

With long-term expertise in neuroscience, Creative Biolabs is the ideal partner to provide a wide range of leading technologies and products for our customers worldwide. We have won a good reputation and are available to support our customers in terms of technical expertise and custom services and products. Please do not hesitate to contact us for more detailed information.

Thank you for your interest in Gene Expression and Regulation in Nervous System. Please provide us with your contact information and your local representative will contact you with a customized quote. Where appropriate, they can also assist you with a(n):