As an industry-leading expert in the field of neurological disease research, Creative Biolabs has accumulated extensive experience from practice. We have established an advanced platform to provide our customers with a variety of cell culture models to meet the needs of neuroscience research.

The architectural complexity and cellular diversity of the mammalian brain represent major challenges to the pursuit of etiological factors that underlie human brain disorders. A further impediment particular to the analysis of brain diseases is their protracted time course. And although animal models have greatly informed current views on these disorders, they have often failed to recapitulate key aspects of the diseases. Thus, reductionist in vitro approaches using human cells, such as the analysis of patient-derived neurons generated using induced pluripotent stem cells (iPSC), have been met with particular excitement.

More advances have been achieved recently, such as the genetic correction of disease-associated mutations in patient-derived cultures, accelerating the study of pathological mechanisms of neurological diseases. Even with such advances, cell-based approaches to studying human neural diseases are limited by the inherent genetic diversity of the human population, as well as technical variation among accessible human tissue samples. Recent studies using human reprogramming-based cell models of neuronal disorders have brought several mechanistic topics to the fore, including the significance of non-neuronal or non-cell-autonomous factors in disease, the relevance of epigenetic mechanisms, and the potential of cell-based drug discovery approaches. 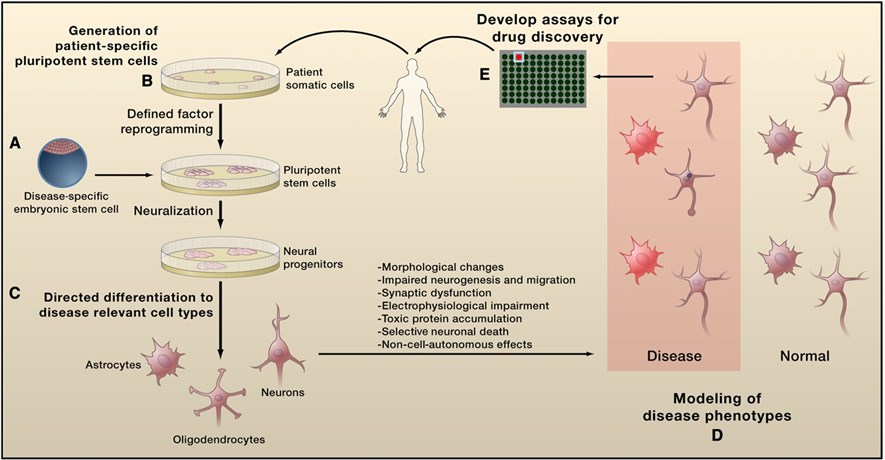 Neurons in primary culture are prepared directly from animal brain tissue and do not divide in culture. After isolation and plating, neurons form synapses and become electrically active, acquiring a neuronal phenotype, and ultimately dye. Cerebellar granule cells are interneurons in the granular layer of the cerebellar cortex and represent the largest neuronal population in the cerebellum.

In choosing an in vitro cell culture model based on primary cultures, one should consider the fact that neurons from different areas of the nervous system have different characteristics and properties. Immortal cell lines undergo a period of rapid division (log phase growth) after plating and start to differentiate as they approach confluence. Immortal cell lines (such as PC-12 cells and several neuroblastoma lines) have also been extensively used to evaluate the neurotoxic potential of chemical compounds. Cell line models offer the advantage of a homogeneous population of cells, but being transformed cells, they have characteristics that are different from primary cells.

Utilizing iPSCs to create in vitro cell model by transfecting cells with genetic modification and gene targeting is a new method to establish neuroscience models. Human neuroblastoma (SH-SY5Y) has been used to establish an in vitro model for AD and other neurodegenerative diseases by directing the SH-SY5Y cells into neuronal lineage using several differentiating factors.

Organotypic brain slice cultures (BSCs) represent a physiologically relevant three-dimensional model of the brain. BSCs support all the central nervous system (CNS) cell types and can be produced from brain areas involved in neurodegenerative disease. BSCs can be used to better understand the induction and significance of proteinopathies underlying the development and progression of AD and other neurodegenerative disorders. And in the future, they may serve as bridging technologies between cell culture and in vivo experiments for the development and evaluation of novel therapeutic targets and strategies.

Neurons residing within one brain region expressing similar genetic markers have distinct projection targets and thereby can be classified based on their efferent axonal innervation patterns. Thus, one can use recombinant viruses capable of infecting neurons from their axon terminals to target a more specific cell type within a larger neuronal population through retrograde viral infection. 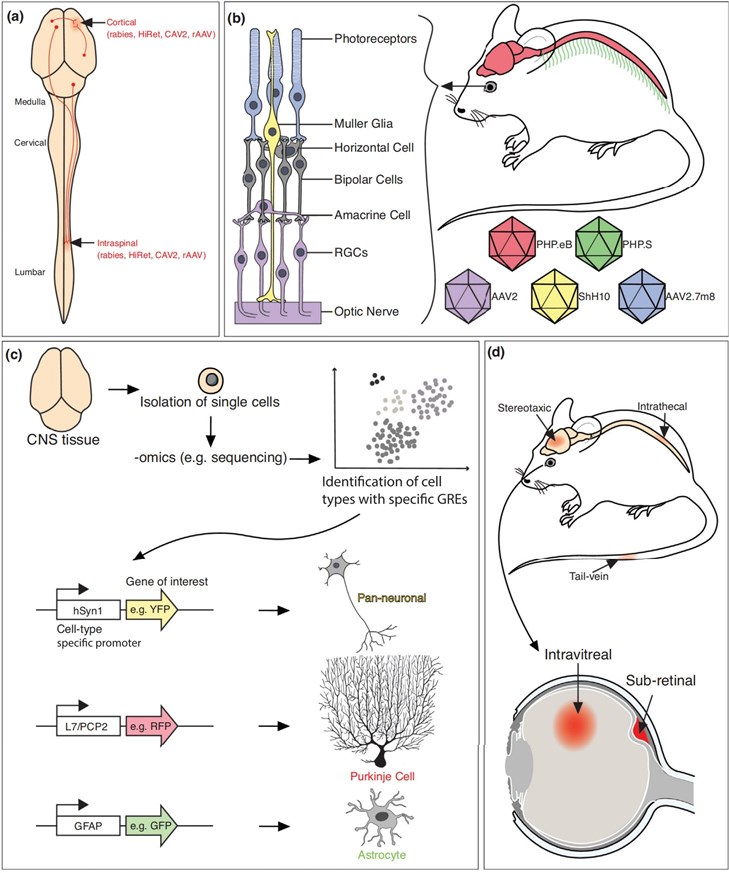 Lesion induced cellular models, such as excitotoxicity models and stress granule formation models, offer the advantage of a controlled environment, which are useful for exploring single pathogenic mechanisms and the proteins involved.

With a comprehensive technology platform, Creative Biolabs has the capability of meeting our customers' different requirements. Our experienced scientists will also help optimize the experiment scheme to ensure to accelerate the objective project. If you are focusing on neuroscience in vitro research, or you have any other questions, please feel free to contact us for more information.

Thank you for your interest in Cell Culture Models. Please provide us with your contact information and your local representative will contact you with a customized quote. Where appropriate, they can also assist you with a(n):