Inflammation is a fundamental feature of the host defense response to infection and is necessary for the containment and removal of the pathogen and for promoting tissue repair and normalization of function. Inflammation has also been identified as a relevant factor in primarily non-inflammatory CNS disorders. Viruses and bacteria constitute a major source of infections targeting the brain. Microglia, astrocytes, and peripheral macrophages are the key players mediating this response, by secreting an array of pro- and anti-inflammatory cytokines and chemokines. 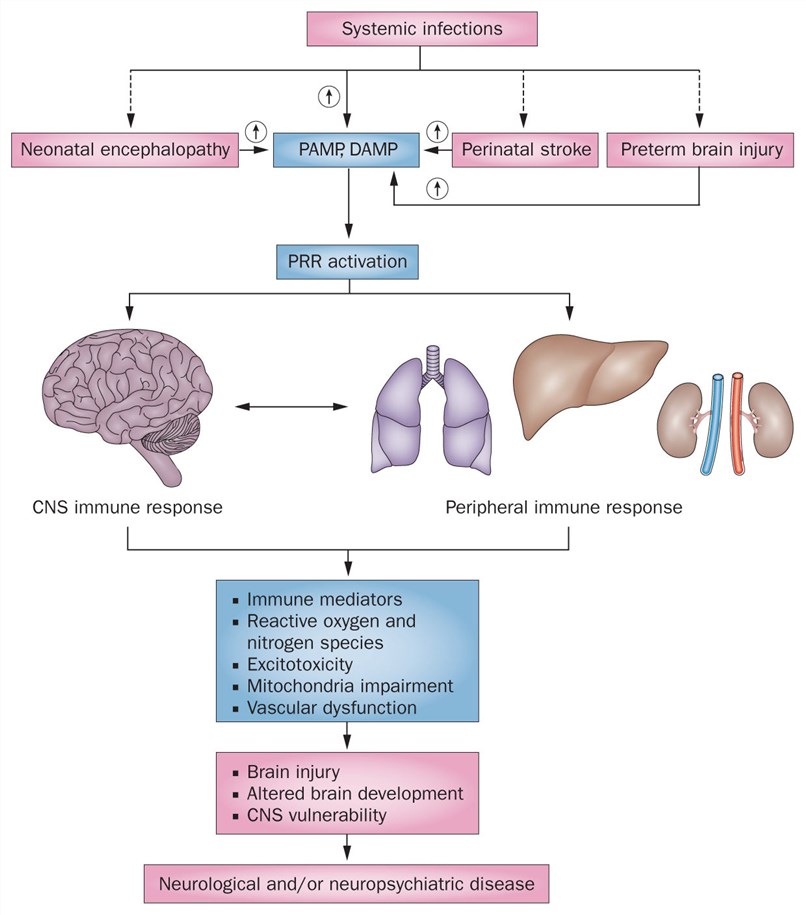 Experience gained thus far suggests that MR has generally greater diagnostic sensitivity than CT, making it the imaging modality of choice in suspected infectious or inflammatory diseases of the brain. In neonates and infants, ultrasonography may be a reasonable alternative to both CT and MR, as it can detect a range of intracranial inflammatory lesions, notably, extra-axial fluid collections and ventricular enlargement associated with meningoencephalitis or ventriculitis, parenchymal changes due to inflammatory infiltration, infarction, or calcification, and formation of abscess cavities and subependymal cysts.

In primary neuroinflammatory diseases, activated immune cells are attracted by the presence of their target within the CNS compartment. Depending on the time course and the target in question, which can be the myelin sheath in MS, or infectious agents such as bacteria in meningitis, the inflammatory infiltrate consists of macrophages, microglia, neutrophil granulocytes, T cells, and B cells. Typically, survivors of bacterial meningitis exhibit extensive neuronal death in the hippocampus, despite state-of-the-art antibiotic therapy. Cortical neuronal apoptosis is also a key feature in HIV encephalopathy, which is caused by CNS infection with HIV-1 and characterized by the presence of infected macrophages in the brain. 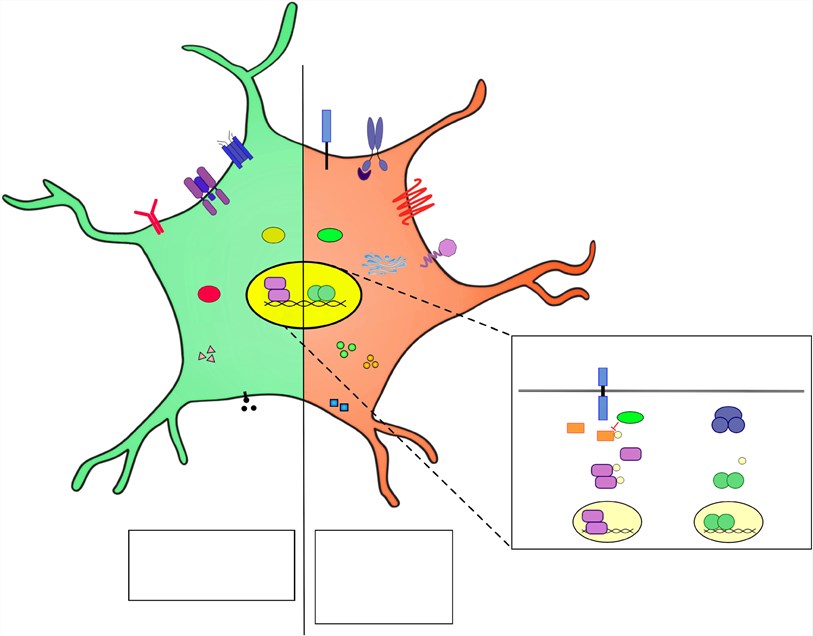 This is an abscess caused by inflammation and collection of infected material, coming from local or remote infectious sources, within the brain tissue. The infection may also be introduced through a skull fracture following head trauma or surgical procedure. Brain abscess is usually associated with congenital heart disease in young children.

Cysticercosis is a tissue infection caused by the young form of the pork tapeworm. Cysticercosis is usually acquired by eating food or drinking water contaminated by tapeworm eggs from human feces. Among foods, uncooked vegetables are the major source.

Encephalitis is inflammation of the brain. Causes of encephalitis include viruses such as herpes simplex virus and rabies as well as bacteria, fungi, or parasites. Other causes include autoimmune diseases and certain medications.

Meningitis is an acute inflammation of the protective membranes covering the brain and spinal cord, known collectively as the meninges. The inflammation may be caused by infection with viruses, bacteria, or other microorganisms, and less commonly by certain drugs.

A parasitic disease, also known as parasitosis, is an infectious disease caused or transmitted by a parasite.

A post-polio syndrome is a group of latent symptoms of poliomyelitis (polio), occurring at about a 25-40% rate. These symptoms are caused by the damaging effects of the viral infection on the nervous system.

Moreover, other neurological disorders with infections and inflammations include prion diseases, variant creutzfeldt-jakob disease, and zoster and postherpetic neuralgia.

Creative Biolabs is a leading international biotechnology company. We can develop customized quality solutions and products for neuro-related infections and inflammations, creating value that exceeds expectations. Please feel free to contact us for detailed information.

Thank you for your interest in Infections & Inflammations. Please provide us with your contact information and your local representative will contact you with a customized quote. Where appropriate, they can also assist you with a(n):