Magnetoencephalography (MEG) can achieve non-invasive dynamic imaging of brain activity in sub-millisecond time scales by measuring the magnetic field generated by nerve currents on the scalp. Through the data analysis of these signals, three-dimensional images can be generated to display the formation and decomposition of the brain network in real time. With optimized paradigm design and signal extraction technology, deep brain regions such as the insula, thalamus, hippocampus, amygdala, and brainstem can be distinguished by MEG, which is widely used in neuroscience research.

The complexity of MEG lies in the sensing technology involved and the methods required to extract relevant signal information in a wide range of experimental environments. Basically, any current will produce magnetic induction, and its strength can be measured far away from the current source, such as with a pick-up coil. The magnetic flux passing through the surface of the coil induces a current in the coil wiring material, and its amplitude is instantaneously proportional to the amplitude of the magnetic induction, and it is easy to measure. The brain imaging of MEG in the resting state is shown in Fig.1.

The current industry standard relies on the magnetic field sensors of low-temperature superconducting quantum interference devices (SQUIDs) as the main sensors for measuring MEG signals. SQUIDs sensors use the principles of quantum physics to detect small currents, such as those caused by weak magnetic signals, with high sensitivity and large dynamic range.

In a magnetoencephalogram, electrochemical currents circulating inside and between neurons produce magnetic induction. post-synaptic potentials (PSPs) are considered to be the main source of these ionic currents. 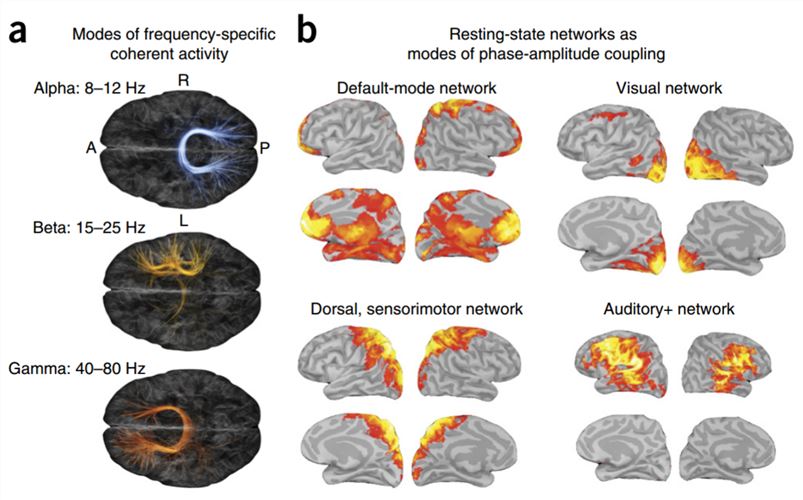 Magnetic brain imaging is used for the planning of epilepsy surgery. Through a multi-center prospective magnetoencephalogram prediction test, part of the intracranial explorations are guided by MEG source imaging, and then surgical resection, which has a significant inhibitory effect on patients' long-term seizure freedom after epilepsy surgery. Especially in the case of overtime lobe epilepsy and non-pathological changes, MEG provided excellent accuracy. 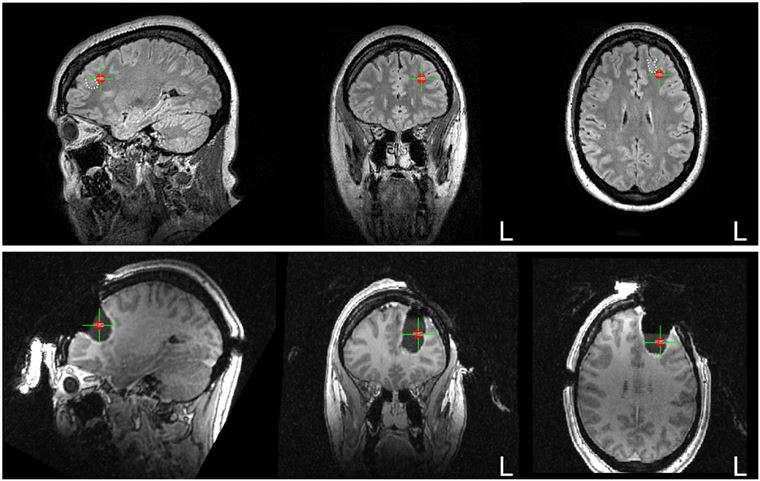 Fig.2 MEG location before and after surgery in patients with epilepsy. (Rampp, 2019)

This new invention opens the door to neuroscience research. Compared with traditional MEG, research objects can move naturally and interact with the real world, as shown in Fig.3. The system opens up new possibilities for scanning any subject or group of patients, including applications, such as neurodevelopmental connector features, imaging subjects' natural movement in a virtual environment, and studying the pathophysiology of movement disorders.

Fig.3 Wearable MEG imaging paradigm of the subject while playing with a ball. (Boto, 2018)

MEG helps us to understand regional and large-scale brain dynamics more deeply: from the function of neural oscillations and related brain activation events to the functional connection mechanism between regions and the emergence of network communication patterns in the brain system. MEG is playing an increasingly critical role in elucidating the magnificent mechanical principles of cognition, the brain system, and clinical neuroscience.

Creative Biolabs has been focusing on neuroscience and neurological diseases research for many years. Our rich experience and reliable products can help you achieve the most efficient research in a shorter time. Our goal is to cooperate with customers to jointly promote the development of the neurological field.

Thank you for your interest in Magnetoencephalography. Please provide us with your contact information and your local representative will contact you with a customized quote. Where appropriate, they can also assist you with a(n):