What are Mental Disorders and Psychiatric Disorders?

Mental disorders/psychiatric disorders refer to brain dysfunction or disorder under the influence of various biological, psychological, and social environmental factors. They can result in different degrees of impairment of cognition, emotion, will and behavior, and other mental activities. As a result, they have been considered as a group of diseases with clinical manifestations and often need to be intervened by medical methods.

Many mental disorder patients have delusions, hallucinations, delusions, affective disorders, crying and laughing impermanent, self-talk, behavior weird, will decline, and other symptoms. Meanwhile, the vast majority of patients lack self-awareness, do not admit their illness, do not take the initiative to seek help from doctors. Up to now, a variety of common mental/psychiatric disorder types, like schizophrenia, manic depressive mental disorder, climacteric mental disorder, paranoid mental disorder, and several organic lesions-caused disorders. 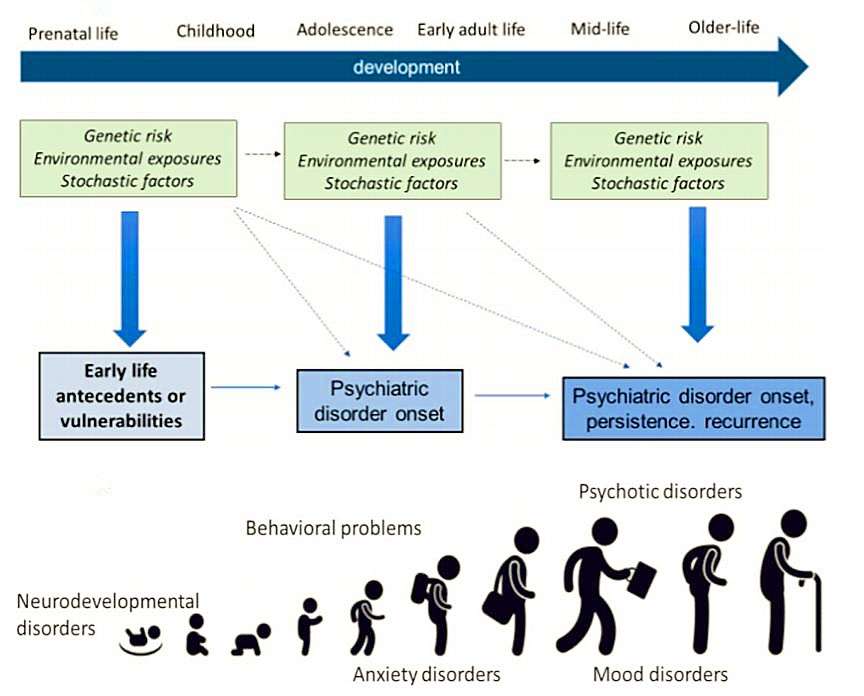 The causes of anxiety disorders, especially phobias, are not yet clear. Research shows that they may be related to genetic factors, personality factors, physiological factors, or psychological/social factors.

It has long been recognized that genes are one of the main factors influencing normal and abnormal behavior in humans and animals. We have conducted familial aggregation studies for functional disorders such as schizophrenia, anorexia nervosa, and ADHD in children. The results show that these diseases are heritable, with genes passing the susceptibility from one generation to the next.

Infection can affect the central nervous system and produce mental disorders. For example, the human immunodeficiency virus (HIV) can enter the brain and cause cognitive behavior damage.

The Treatment of Mental Disorders/Psychiatric Disorders

Psychotherapy refers to the use of psychological theories and methods for the treatment of certain types of mental disorders/psychiatric disorders patients. This method can effectively arouse their courage and confidence to fight against the disease, and keep them in a positive emotional state to participate in the treatment.

Family intervention is a method of home rehabilitation training for mental disorder patients under the guidance of therapists. Family intervention mainly adopts the method of combining family education and problem-solving training, the purpose is to reduce family stress and the risk of disease recurrence.

According to the specific symptoms of different mental disorders, such as depression, anxiety, cognitive impairment, to continuously adjust the treatment plan and give the corresponding treatment drugs. Among them, novel drugs that target specific Neural Proteins & Peptides and Neural Antibodies have become the most popular medications for treating mental disorders/psychiatric disorders.

Through our comprehensive neuroscience studies services, Creative Biolabs provides advanced technologies and protocols customized to suit any mental disorders/psychiatric disorders project. We will help our worldwide customers reduce your project time and bring meaningful data into mental disorders/psychiatric disorders treatments in the clinic. If you are interested in our services, please feel free to contact us.

Thank you for your interest in Mental Disorders/Psychiatric Disorders. Please provide us with your contact information and your local representative will contact you with a customized quote. Where appropriate, they can also assist you with a(n):