Functional Magnetic Resonance Imaging (fMRI) is a class of imaging methods developed in metabolism to demonstrate regional, time-varying changes in the brain. fMRI has been used in an exceptionally large number of studies in cognitive neurosciences, clinical psychiatry/psychology, and presurgical planning. The popularity of fMRI derives from its widespread availability, non-invasive nature, relatively low cost, and good spatial resolution. Increasingly, fMRI is being used as a biomarker for disease to monitor therapy, or for studying pharmacological efficacy. 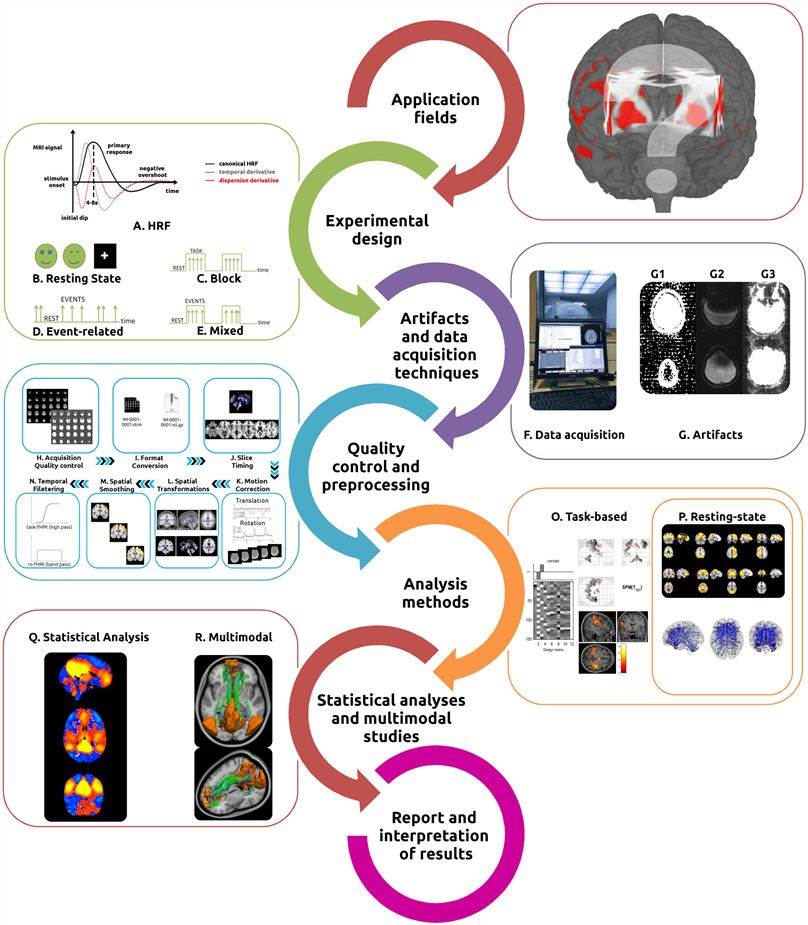 The most employed method in the analysis of task-based fMRI is Statistical Parametric Mapping (SPM), which is based on the GLM. GLM’s popularity is based on its straightforward implementation, interpretability, and computability.

The first method applied to rs-fMRI was seed-based correlation analysis. 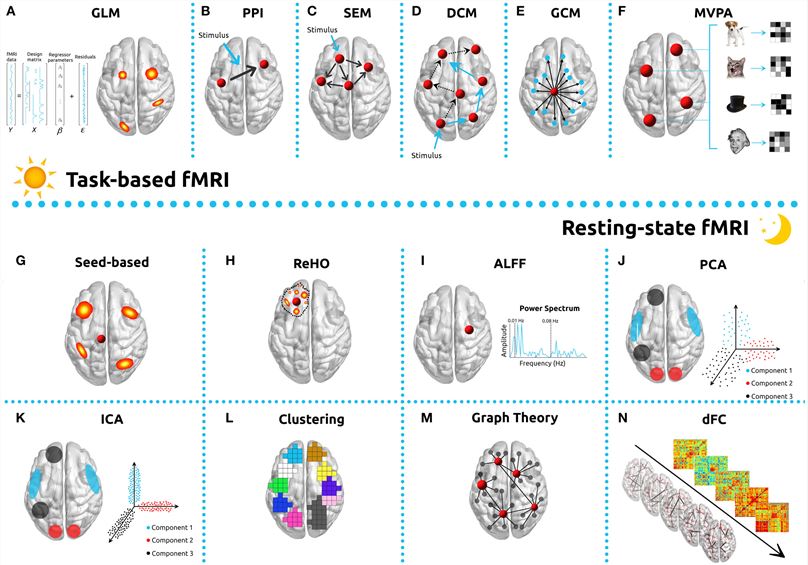 Strengths and Weaknesses of fMRI

A primary strength of fMRI is its relatively high spatial resolution and availability. In addition, it is readily available to both clinical and academic researchers, is noninvasive, and can provide high-resolution anatomic scans for localization, vessel identification, or development of maps of white matter connectivity through the use of diffusion tensor imaging (DTI).

Because BOLD contrast derives from the sluggish hemodynamic response to metabolic changes, a significant weakness is its low temporal resolution. Other weaknesses include the scanner’s loud noise associated with switched magnetic fields, which can cause confounds in studies of audition networks and resting states.

fMRI is an attractive strategy for this functional mapping because of its potentially wide availability in clinical centers and relatively low cost.

With simultaneous EEG and fMRI, it has been possible to identify ictal foci in patients with subclinical seizures.

fMRI as A Marker of Pathological State: Identifying Preclinical Expression of Disease

fMRI can be sensitive to the early stages of brain pathology. A pioneering illustration of this approach was an fMRI based memory study of a group of apparently healthy subjects at risk of developing earlier onset Alzheimer’s disease. One year after fMRI scanning, those who were beginning to develop memory problems in the early clinical expression of presumed Alzheimer’s disease were identified.

fMRI in The Development of New Treatments

Using fMRI to guide therapeutic development is one of the most exciting prospects for the technique. Initial work has not just been for drug development and response monitoring. The greatest impact may be on areas in which sensitive and objective endpoints were previously difficult to define, for example, neurorehabilitation.

Recent evidence suggests that functional neuroimaging methods, such as fMRI, may be relatively sensitive to brain changes at the system level, suggesting that this approach may also provide a powerful strategy for identifying specific genetic factors that may play a dominant role in cognitive processes. Creative Biolabs has a very strong technical force in the field of neuroscience research, focusing on fMRI research in recent years. We can develop customized fMRI methods for customer’s neuroscience research projects to make the greatest breakthrough in your project. Contact us for more information.

Thank you for your interest in Functional MRI (fMRI) Studies. Please provide us with your contact information and your local representative will contact you with a customized quote. Where appropriate, they can also assist you with a(n):