The human nervous system is a highly complex network made up of billions of neural cells. These neural cells are generally divided into two broad classes: one is the neurons responsible for information transmission and processing, the other is the glial cells that provide scaffolding, nourishing, and metabolic support for neurons. The neurons, also widely known as nerve cells, are a group of electrically excitable cells with diverse sizes, morphology, connections, and functions, which are the basis of the structure and function of the nervous system.

Neuron cells have a distinguished morphological feature with three essential parts: the cell body (soma), a single axon, and numerous dendrites (see Fig.1). The cell body contains a nucleus, reticulum, Golgi apparatus, etc., where neuronal proteins and membranes are synthesized. The axon is a vimineous tube-like structure extending outward from the cell body for information transmitting. A particularly prominent morphological feature of most neurons is the elaborate arborization of the dendrites. The tree-like structure dendrites extend outward from the cell body and connect with multiple other neural cells at specialized junctions called synapses, forming an extremely sophisticated network. This sophisticated neural cell network is the key to the human nervous system in information transmission and processing. 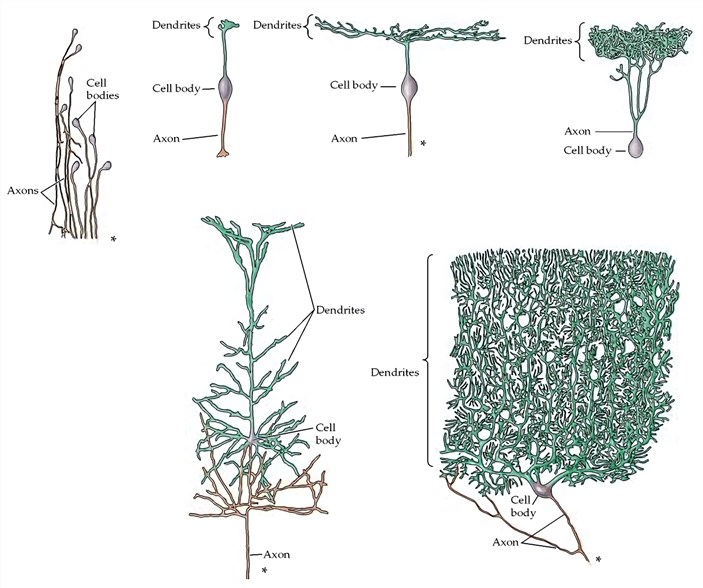 Neural cell lines are extensively used in neurological studies owing to their advantages of easy transfection, easy proliferation, and lower cost, whereas mature neurons do not undergo cell division. Moreover, neural cell lines, which serve as tool cells for various neurological research, can be induced to differentiate into various neuron-like cells, simulate the complex process of axons and dendrites, and express an array of neuronal markers. However, they only "simulate" the neurons, can’t be equivalent to primary cells. Greatly physiologically different from normal primary neurons, these neural cell lines are usually derived from tumors or cancers, and may replicate multiple times, possibly leading to gene mutations. And numerous evidence has demonstrated considerable differences between primary neural cells and neuronal cell lines, and the research from neuronal lines may not represent that from primary neural cells.

Creative Biolabs is the chosen one who is confident in providing global customers a diversity of ready-to-use high-quality primary neural cells and related culture products. Please feel free to contact us for detailed information.

Thank you for your interest in Cell Culture of Primary Neural Cells. Please provide us with your contact information and your local representative will contact you with a customized quote. Where appropriate, they can also assist you with a(n):