What is Chromatin Modification?

The primary resident of eukaryotic nuclei is the genetic material itself, packaged in the form of chromatin. Chromatin is composed of DNA, histones, and additional architectural proteins such as heterochromatin protein 1 (HP1). Although the core histones are bound relatively tightly to DNA, chromatin is maintained mainly by the dynamic association with its architectural proteins. In addition, histones are subject to a wide variety of post-translational modifications regulating chromatin accessibility and gene expression.

Chromatin can be classified as either euchromatin or heterochromatin. Euchromatin is typically marked with characteristic histone modifications such as histone H3 trimethylated on lysine 4 (H3K4me3) and H3 acetylated on lysine 9 (H3K9ac). Heterochromatin is marked by distinctive heterochromatic histone marks, including H3K9me3 and H4K20me3. An additional important chromatin mark is DNA methylation. Methylation occurs specifically on cytosines inside CpG dinucleotides and is usually associated with gene silencing. Heterochromatic regions, therefore, such as centromeric satellite repeats, are heavily methylated. 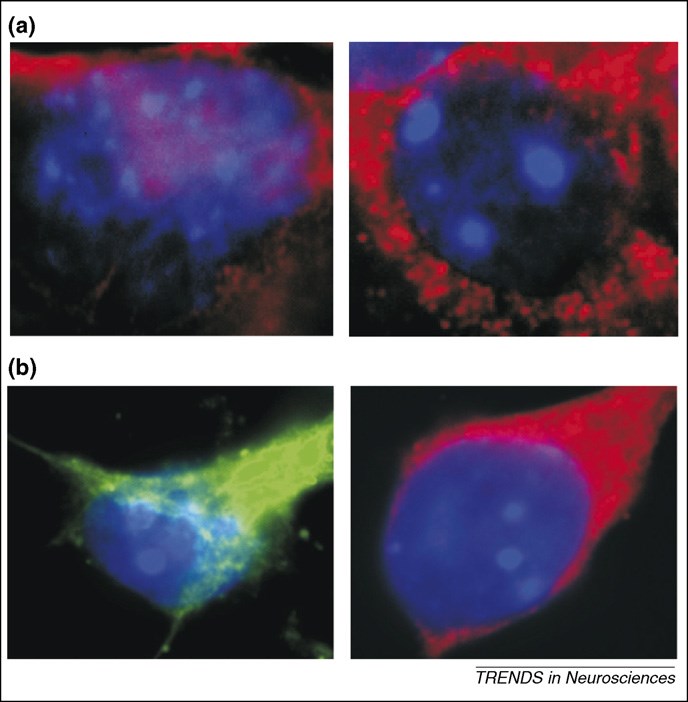 One of the critical functions for chromatin regulation in the brain involves tightly controlling gene expression patterns in a cell-type-specific manner during CNS development. The activities of histone-modifying enzymes mainly regulate local chromatin structure and function. Enzymes adding or removing these modifications play essential roles in regulating gene expression, and the addition and removal of all of these marks are dynamic. Changes in the post-translational modifications of histones, including acetylation, methylation, phosphorylation, and ubiquitination, are also important in regulating transcription.

Hyperacetylation of histones following UV radiation is an identified chromatin modification associated with DNA damage. Histone acetylation plays a pivotal role in essentially all cell types; especially histone acetyltransferases (HATs) can be involved in neuronal processes. HAT activity is shown to participate in normal brain development and functions. Histone acetylation was also observed during the reestablishment of learning and memory during environmental enrichment in a mouse model of neurodegeneration. In addition, HAT activity is profoundly implicated in CNS-related diseases. For example, histone acetylation was shown to be inhibited by the action of caspases during apoptosis in both in vitro and in vivo models of neurodegeneration.

Recently, several studies have revealed the underappreciated roles of histone deacetylases (HDACs) in the early phases of DNA repair, and their roles are particularly relevant to neurodegeneration. HDAC regulation is involved in the differentiation of neural stem cells into oligodendrocytes and neurons, depending on the exact conditions and the precise differentiation stage. Still, it is also implicated in neuronal cell death. Histone acetylation has a crucial association with many neuronal processes in neurogenesis, neuronal proliferation, circadian rhythm, memory formation, and neuronal activity. Histone deacetylation is a major component of CNS functions in both health and disease and prompted HDAC inhibitors as potential therapeutic agents in CNS disorders. 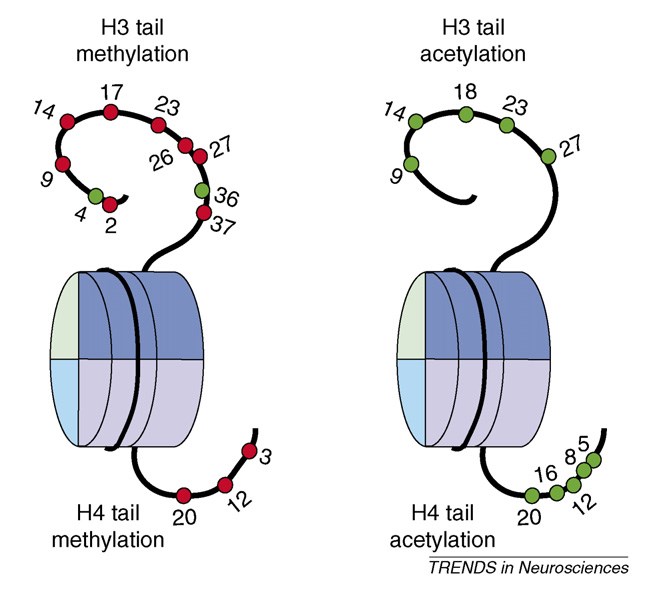 Recent findings have suggested a novel and exciting idea that the capacity for chromatin modification might be involved in switching off CNS cortical plasticity as a mechanism for closure of a critical developmental period. A recent article presents an interesting linkage between chromatin remodeling and experience-dependent plasticity in the visual cortex. In their work, the authors identified a new candidate signaling and transcriptional regulation mechanism in ocular dominance (OD) column developmental plasticity: ERK/MAPK-dependent regulation of histone modifications. Their work specifically suggested that one mechanism for closure of the critical period is uncoupling activity-dependent MAPK regulation from one of its targets, histone acetylation.

With long-term expertise in neuroscience, Creative Biolabs is the ideal partner to provide a wide range of leading technologies and products for our customers worldwide. Our scientists are available to support global customers in terms of technical expertise and custom services and products. Please do not hesitate to contact us for more detailed information.

Thank you for your interest in Chromatin Modification in Central Nervous System (CNS). Please provide us with your contact information and your local representative will contact you with a customized quote. Where appropriate, they can also assist you with a(n):