What is NMR Spectroscopy?

When a spin nucleus is put in a magnetic field, an energy transfer arises between different energy levels corresponding to radio frequency radiation at an appropriate frequency, as a result, the NMR phenomenon happens. Through different ways such as Fourier transform, phase adjustment, chemical shift calibration, integration, and time domain experiment, the NMR signal created can be measured and processed to yield a certain NMR spectrum for the nucleus concerned. The most used nuclei are 1H and 13C by high-field NMR spectroscopy. 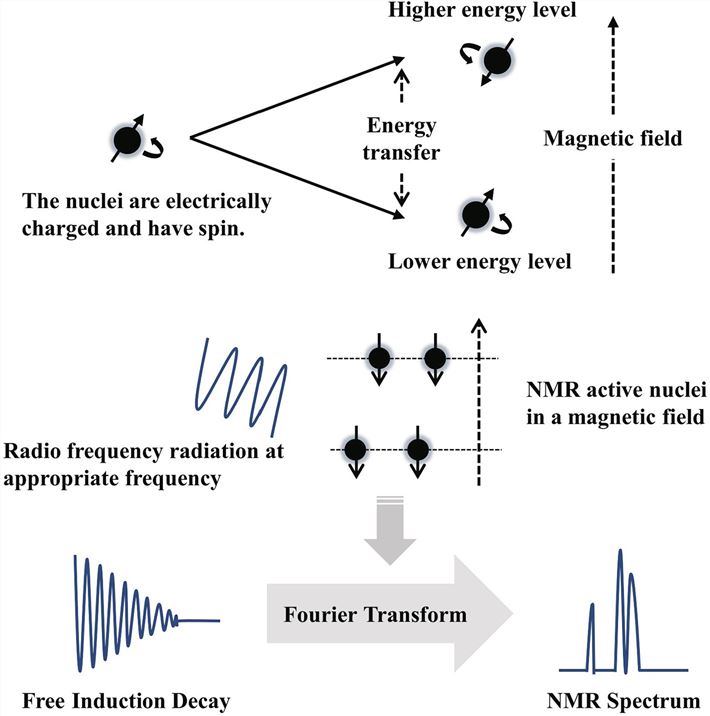 The concentrations of most brain metabolites within the neurochemical profile are modified during development, reflecting the structural and functional evolution inherent to the differentiation of cerebral networks. Therefore, the non-invasively detected neurochemical profile may be taken as a marker for specific metabolic states that are associated with degeneration or acute injury. As a rule, 1H NMR spectroscopy can detect all compounds existing in a concentration above 0.5 μmol/g.

Amino acid neurotransmitters are the most abundant transmitters in the central nervous system and play an important role in the wiring of neuronal networks and organizing cyto-architecture during cerebral development and differentiation. Their concentrations are strongly altered if the neuronal network is disrupted upon injury. For a long time, non-invasive detection of a peak corresponding mainly to resonances of glutamate and glutamine in cerebral tissue has been taken as a marker of function and degeneration in preclinical and clinical studies. Glutamate can be decarboxylated to GABA for use in GABAergic neurotransmission. A significant pool of brain glutamate is involved in this process. In addition, NAAG is a highly abundant neuromodulatory peptide in the brain that is expressed in neuronal terminals and to a lesser extent in glial cells. Glycine has a dual role as an inhibitory neurotransmitter, on one hand activating glycine receptors, and on the other as a co-agonist for glutamate excitatory transmission through NMDA receptors. Taurine is, among other functions, also a neuromodulator. 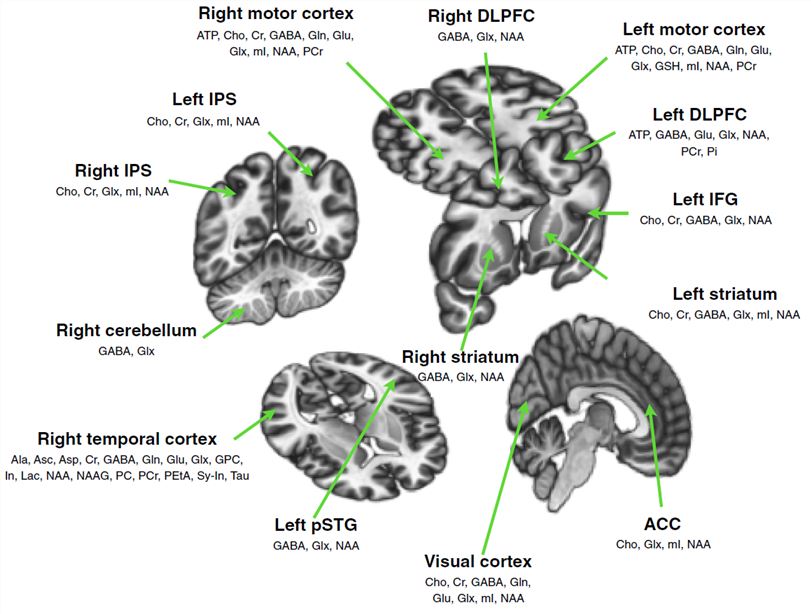 Fig.2 All neurometabolites of interest measured by MRS in the investigated studies in different brain regions. (Choi, 2021)

N-acetyl aspartate (NAA) is among the most abundant neurochemicals. NAA is generally taken as a putative neuronal marker with its almost exclusive localization in neurons, turning it into a reliable diagnostic marker. NAA levels are frequently found to be absent in tumors of glial origin and to decrease in neuropathological conditions, correlating with the degree of degeneration in humans. In several neurological disorders, myoinositol was found to be increased and this is generally assumed to be a marker of gliosis. Cholinecontaining compounds are associated with high cellular proliferation and inflammatory responses in tumor growth and, therefore, choline is often taken as a marker for the diagnosis of certain brain tumors.

Neurological disorders are often associated with a deficiency of antioxidant protection systems. Glutathione and ascorbate (vitamin C) are two major antioxidants that can be detected by 1H NMR spectroscopy.

1H NMR spectroscopy can be applied in vivo and localized in the brain to reliably detect a neurochemical profile comprising several biomarkers of interest, that can be used for diagnostic procedures and therapy monitoring due to its non-invasive character. Proton NMR spectroscopy is emerging from translational and preclinical neuroscience research as an important tool for evidence based diagnosis and therapy monitoring.

Thank you for your interest in Nuclear Magnetic Resonance (NMR) Spectroscopy. Please provide us with your contact information and your local representative will contact you with a customized quote. Where appropriate, they can also assist you with a(n):