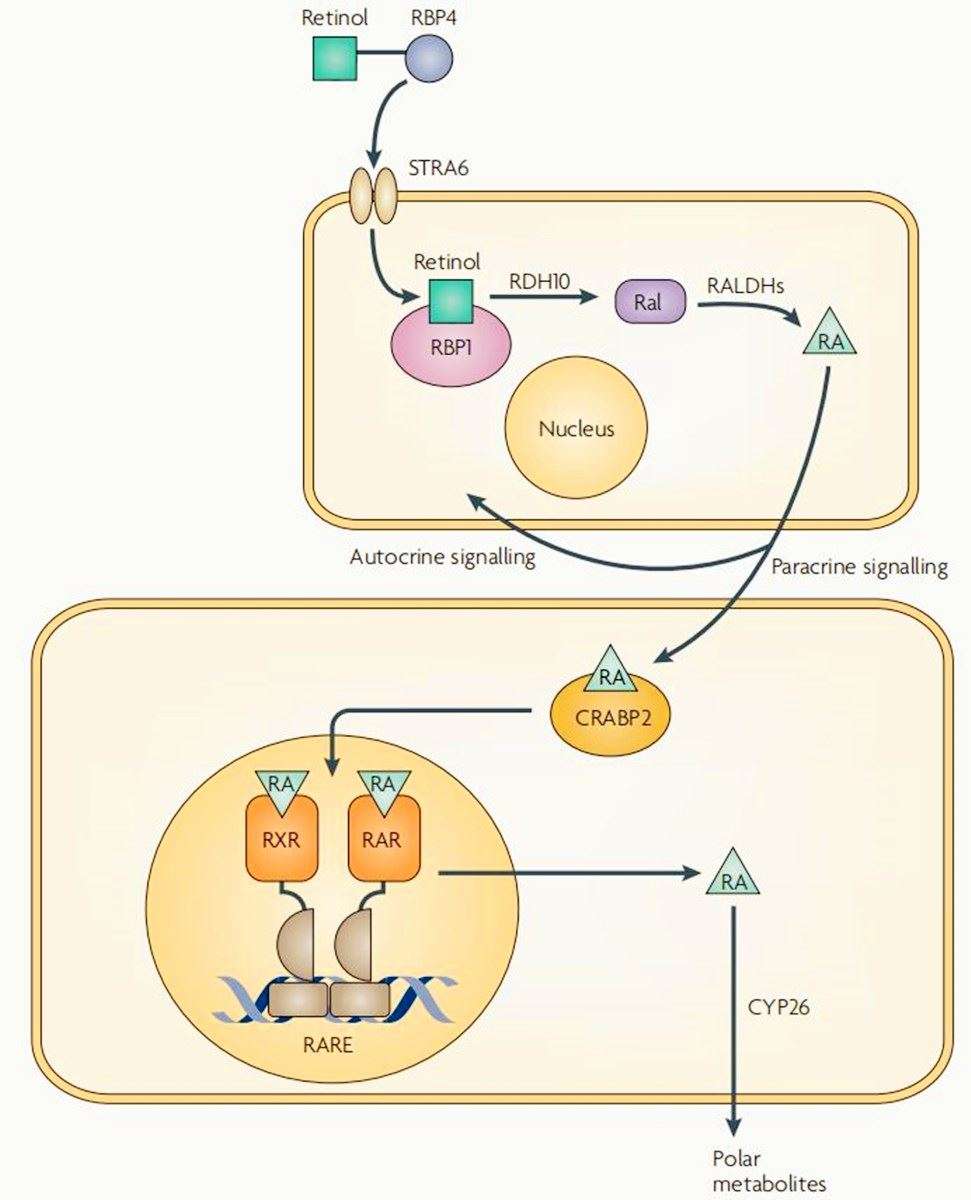 Fig.1 Pathways that are involved in the generation, action, and catabolism of retinoic acid. (Maden, 2007)

Retinyl ester is hydrolyzed by microsomal carboxylesterase and other lipases to produce retinol, which is released into the bloodstream to form the retinol-binding complex protein 4(RBP4). Retinol/RBP4 complex can interact with STRA6 to bind its target cells. Furthermore, retinol binds to retinol-binding protein 1 and is oxidized to retinal by different kinds of retinol dehydrogenases, like RDH10 and Rdh1. Retinal will be catalyzed by a variety of retinal dehydrogenases, such as RALDH1, Aldh8a1, and Aldh1a1, to eventually converted to all-trans retinoic acid. All-trans retinoic acid is bind to its binding proteins to enter the nucleus. In the nucleus, retinoic acid can bind with the nuclear retinoic acid receptors and retinoid X receptors, including RARα, RARβ, RARγ, as well as RXRα to participate in a wide spectrum of tissue development processes.

Currently, the role of retinoic acid signaling in neural patterning is becoming increasingly apparent. Recent studies have revealed that retinoic acid is associated with the differentiation, growth, development, regeneration of the nervous system. Numerous data have indicated that retinoic acid can be treated as a novel therapeutic molecule for mediating axon regeneration and treating various neurodegenerative diseases. During neural development, retinoic acid is used in conjunction with the supersonic hedgehog gene and bone morphogenetic protein to form the dorsal-ventral axis of the neural tube. Besides, retinoic acid can also regulate the differentiation of different neurons and glial cells by activating several signaling molecules, proteins, enzymes, and gene encoding transcription factors. Retinoic acid can act indirectly on neurons to stimulate the regenerative response. In the mature central nervous system, retinoic acid plays a significant role in maintaining plasticity and the production of neural stem cells. As a result. retinoic acid has been considered as a potential treatment target for neurological diseases, such as Parkinson's disease and Parkinson's disease.

Creative Biolabs concentrates on promoting the understanding of retinoic acid signaling in neural patterning. We will combine the many advanced analysis tools with other incredible technologies around the world to boost novel drug discovery in unprecedented ways. In our company, our scientists specialized in neurological disease studies will work with you to develop the most appropriate strategy that will offer reproducible data for your research. If you are interested in our services, please feel free to contact us for closer communication to learn how we can be involved in your project. Separate services or integrated end-to-end solutions are all welcomed.

Thank you for your interest in Retinoic Acid Signaling in Neural Patterning. Please provide us with your contact information and your local representative will contact you with a customized quote. Where appropriate, they can also assist you with a(n):