EGFR is a cell surface receptor possessing a tyrosine kinase activity. The binding of EGFR to its extracellular cell signaling molecules initiates intracellular signal transduction, which regulates the transcription of transcription factors-activated genes through a series of cytoplasmic cascades, and thus participates in cell growth, differentiation, proliferation, and survival. Understanding the expression and signal transduction pathway of EGFR in the nervous system will help to reveal the pathogenesis of some nervous system diseases and provide the basis for clinical treatment. 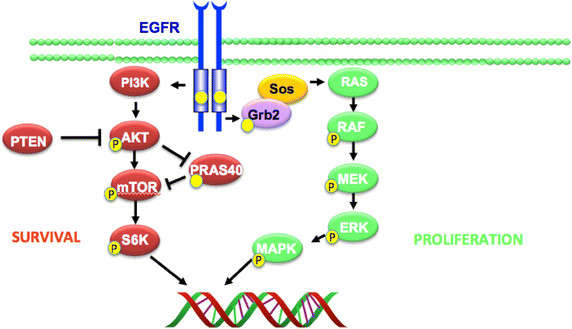 MAPK signaling cascade is one of the important signal transduction systems in cells. It is a common pathway that transmits extracellular stimulus signals to the nucleus and mediates cellular responses. A variety of stimuli such as ischemia, hormones, and cytokines, can cause MAPK activation through MAPK pathway. After nuclear translocation of MAPK, MAPK activates nuclear transcription factors, regulates the expression of stress proteins, promotes the synthesis of related proteins, and responds to extracellular stimuli. MAPK signaling cascades include Ras-ERK pathway, JNK-SAPK pathway, and so on. They are involved in abnormal brain development, apoptosis of brain cells, brain injury, and protection of brain injury. 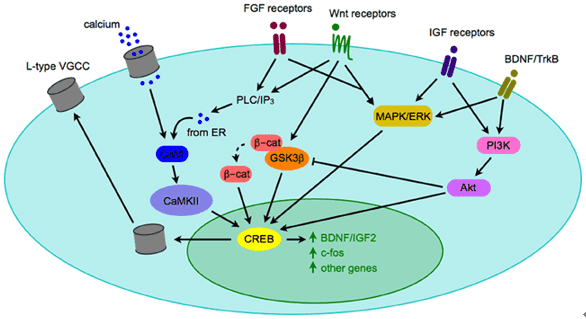 Hippo signaling pathway is highly conserved and consists of a series of kinase cascades. It mainly participates in the regulation of cell proliferation, apoptosis, and differentiation through downstream effector molecules YAP (Yes-associated protein)/TAZ (transcriptional coactivator with PDZ-binding Motif) transcriptional coactivators. Recent studies have found that HIPPO/YAP signaling pathway is crucial in the proliferation and differentiation of neural stem cells, the proliferation of neuronal precursor cells, the differentiation and activation of glial cells, the development of myelination as well as the occurrence and development of nervous system diseases.

A variety of intracellular signaling cascades have been found in the nervous system, which participates in many neuronal processes. Please click the below link to learn more.

Act as a leader in neural research, Creative Biolabs supports the best and comprehensive products and services covering all aspects of neural research. Please feel free to contact us for more detailed information.

Thank you for your interest in Intracellular Signaling Cascades in Nervous System. Please provide us with your contact information and your local representative will contact you with a customized quote. Where appropriate, they can also assist you with a(n):