Single-cell transcriptomics examines the gene expression level of individual cells in each population by simultaneously measuring the messenger RNA (mRNA) concentration of hundreds to thousands of genes. The unraveling of heterogenous cell populations, reconstruction of cellular developmental trajectories, and modeling of transcriptional dynamics are made possible through the analysis of this transcriptomic data.

It is becoming increasingly apparent that a single-cell resolution, rather than bulk-level datasets, will be necessary to understand the structure and function of the brain. At a compositional level, single-cell transcriptomics has revealed that there are many populations of rare cell types in the brain. At an operational level, neuronal activity can frequently be heterogeneous and cell-type-specific, and thus techniques that lack single-cell resolution potentially obfuscate these heterogeneous components. Finally, cellular activity can commonly be sparsely distributed across cells, and bulk approaches may lack the sensitivity to identify such sparse activity. For all these reasons, single-cell methodologies have immense opportunities to interrogate the brain at a foundational operating level.

Tag-based RNA sequencing methods are mainly used to estimate transcript abundances at the cost of information of splice isoforms by sequencing either the 5’-end or the 3’-end of the transcripts. To pool all the samples in a single tube for sequencing library preparation, the ends are usually equipped with cell labels for distinguishing different cells or molecular labels for accurately evaluating transcript copies. Barcode labels come in three forms, depending on the method of addition, including liquid barcoding, bead-based barcoding, and split-pool barcoding. 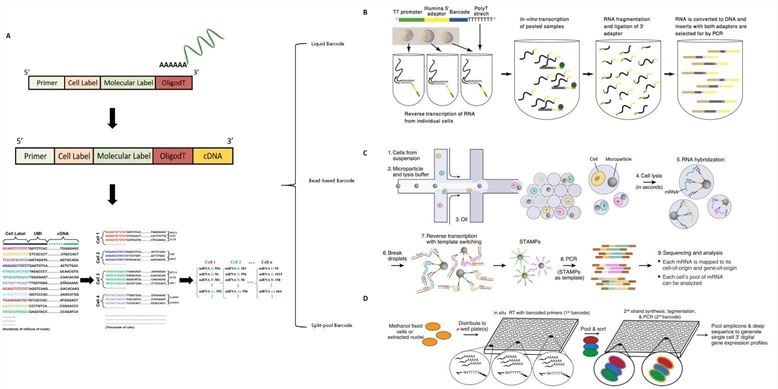 Previous study has reported a novel single-cell whole-transcriptome method - single-cell universal poly (A) - independent RNA sequencing (SUPeR-seq), where random oligonucleotides (AnchorX-T15N6) instead of oligo (dT) primers were used for the first-strand cDNA synthesis. Then terminal deoxynucleotidyl transferase (TdT) and dATP (mixed with 1% ddATP) were introduced to add a poly (A) tail to the 3’ end, followed by the second-strand cDNA synthesis using a different primer (AnchorYT24). The entire cDNAs were further amplified by PCR, purified, and deep sequenced. This method detected more genes than traditional scRNA-seq due to co-measurement of different types of RNA, although only 20%-30% non-poly (A) RNAs were detected, indicating the need for higher sensitivity to non-poly (T) RNA. 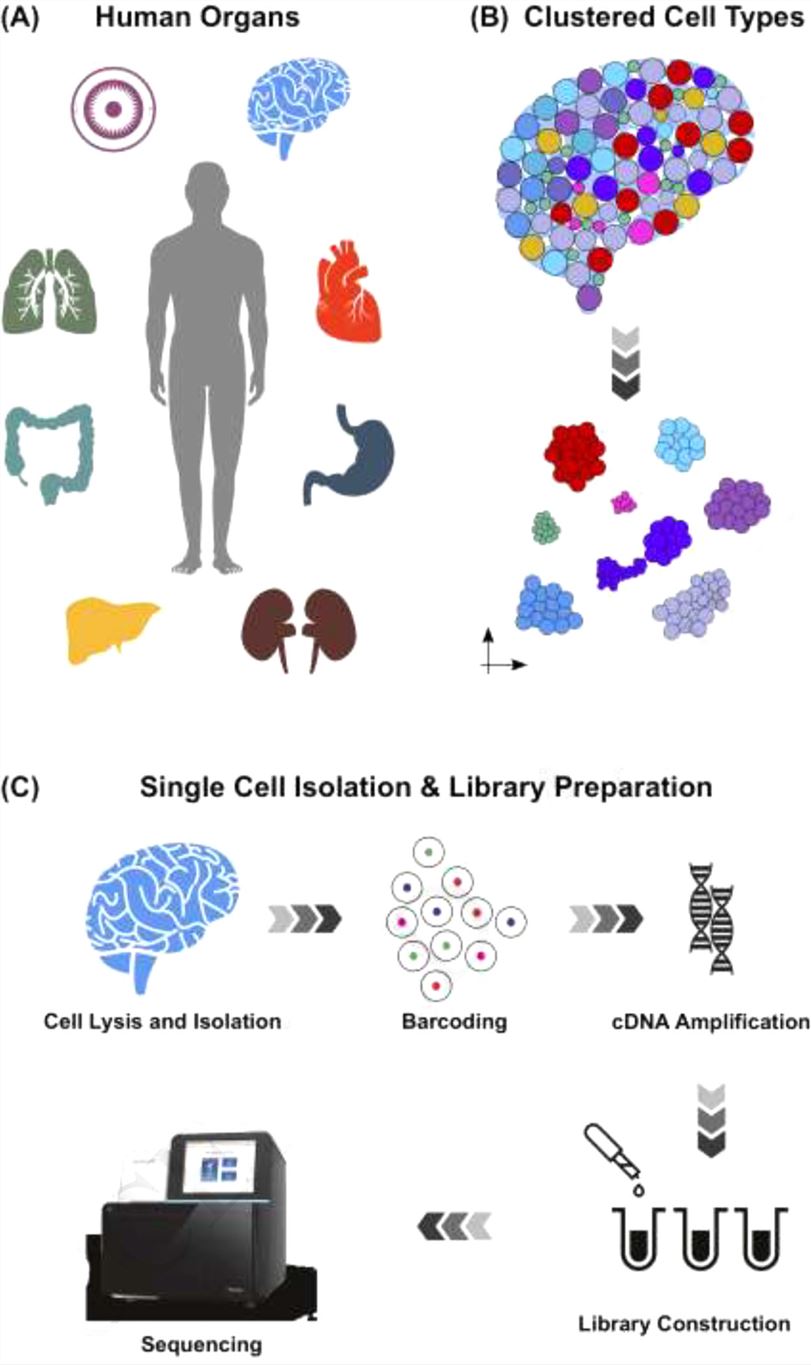 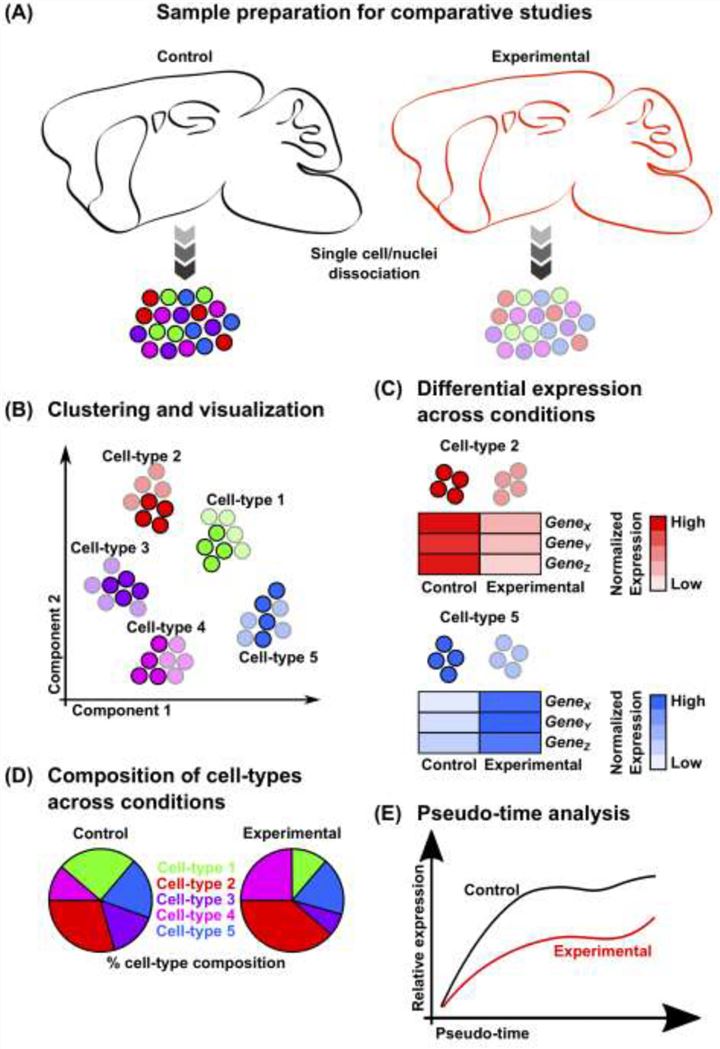 Single-cell transcriptome analysis will eventually permit connections between gene expression networks, cell lineage, and phenotype of individual cells. Combined with live cell imaging, this is potentially a powerful tool for tracing cell lineage during development or cell differentiation, especially in conjunction with fluorescent protein reporters. Creative Biolabs is focused on the development of research tools for basic neuroscience. We can offer our customers a variety of different services to facilitate the application of single-cell transcriptomics in neuroscience research. If you need, please feel free to contact us.

Thank you for your interest in Single Cell Trascriptome Analysis. Please provide us with your contact information and your local representative will contact you with a customized quote. Where appropriate, they can also assist you with a(n):