DTI is rapidly becoming an established technique that non-invasively maps microscopic structural information of oriented tissue in vivo. DTI is a magnetic resonance imaging technique that allows for the visualization and characterization of the white matter tracts of the brain in vivo.The growing number of DTI-based studies, applied and methodological, shows the great potential of this method. 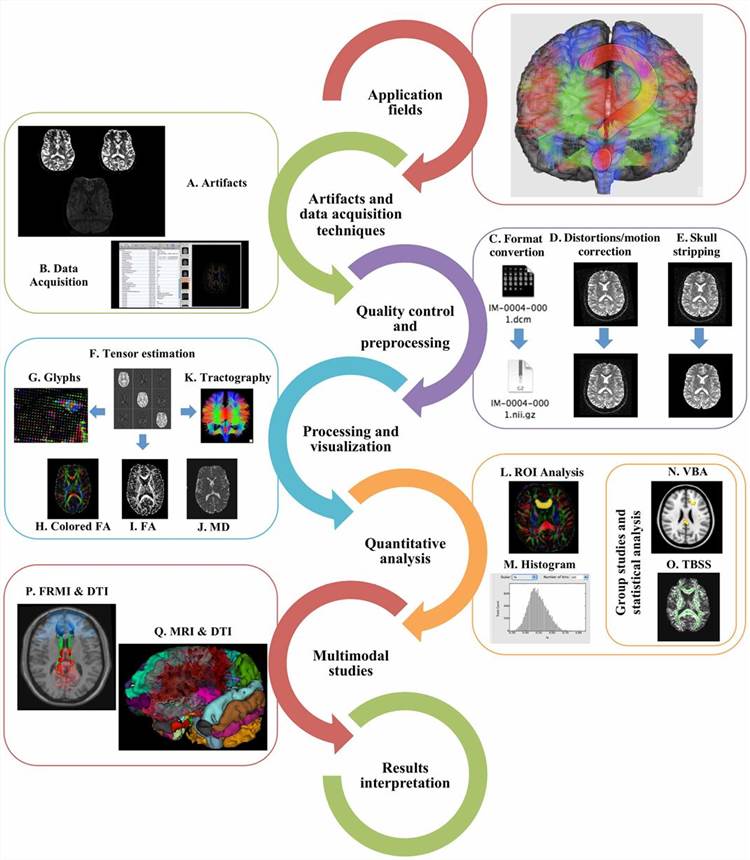 How is DTI Analyzed?

The data from the tensor model at the level of each voxel and subsequently in a region can be summarized and visualized in three different ways: mean diffusivity, degree of anisotropy, and the main direction of diffusivity. The final measure that can be extracted from the tensor is based on the orientation in space of the tissue structure. DTI is better suited for analyzing large fiber bundles than small tracts. 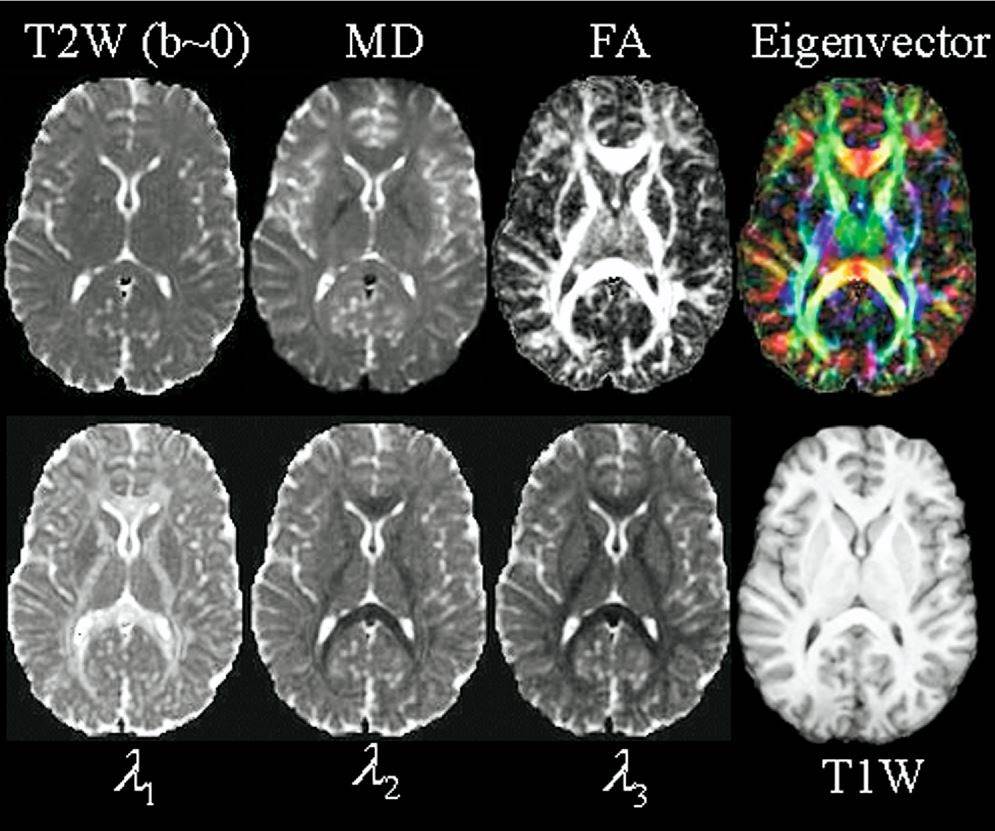 Voxel-based morphometry implies that the images have been aligned using a protocol called spatial normalization. Spatial normalization uses computer-based algorithms to turn, stretch, shrink, and warp each brain image to make the best fit possible to a template. The next step in voxel-based morphometry is the analysis of voxels that meet a threshold value of FA, such as 0.20, to avoid including areas of gray matter or cerebral spinal fluid.

Tract-based spatial statistics roughly aligns the FA images from multiple subjects to a common space using an algorithm. It then creates a tract representation, called the “mean FA skeleton” including only those voxels assumed to be at the center of tracts common to all the members of the group and excluding regions of poor alignment.

This method relies on a priori spatial definitions of brain structures and analyzes only those voxels within the region. In the ROI approach, the number of statistical comparisons is considerably lower than in a whole brain approach. The advantages are therefore that statistical power increases and small differences not apparent on whole brain analyses may be found. A major disadvantage of this method is that it may miss differences in regions not included in the analysis.

Fiber tract reconstruction, or diffusion tensor tractography, is a method used to identify and visualize a continuous 3-dimensional trajectory by sequentially piecing together the estimates of fiber orientation from the directionality of individual voxels. 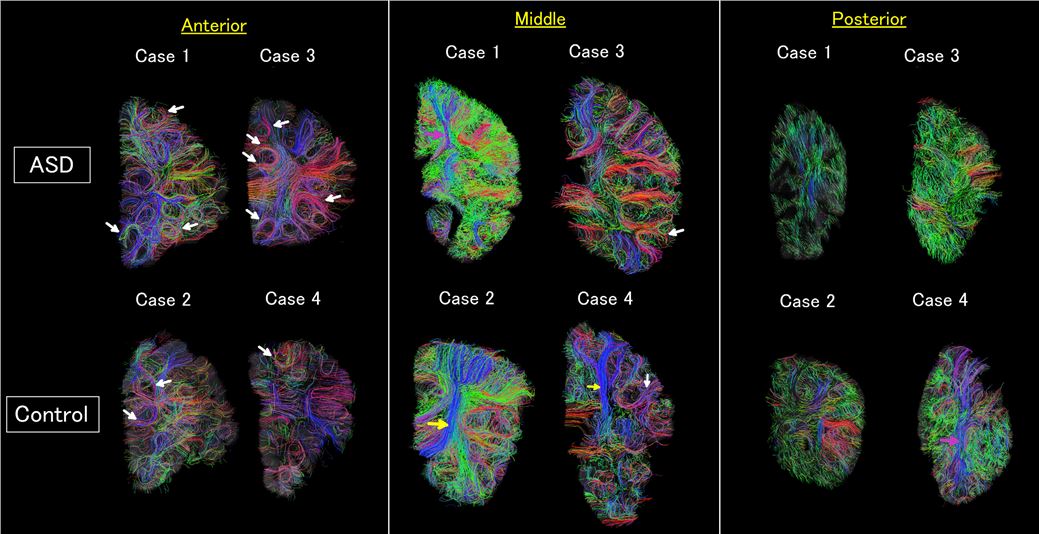 DTI allows a closer investigation of the specific fiber tracts affected, as well as the ability to monitor the degeneration process following injury. The case studies suggest that DTI is a powerful new technology for investigating functional deficits caused by brain injury, as well as for predicting prognosis.

A few existing DTI studies already demonstrate higher sensitivity of DTI compared to structural MRI in detecting malformations of cortical development. Such malformations disturb the orientation of the fiber tracts and are a common cause of epilepsy.

DTI studies in patients with MS have shown an increase in mean diffusivity and a decrease in diffusion anisotropy within acute lesions, as well as within the normal-appearing white matter, most likely attributable to edema. In addition, DTI is useful in differentiating between two types of MS, secondary progressive and relapsing-remitting, which have different clinical courses.

DTI studies may improve our ability to track progressive changes in Alzheimer's disease and could be used in the future to evaluate changes in response to treatment.

DTI is a powerful method for characterizing changes in tissue microstructure associated with brain disorders. Creative Biolabs has a very strong technical force in the field of neuroscience research, focusing on DTI research in recent years. We can develop customized DTI solutions for customer’s neuroscience research projects to make the greatest breakthrough in your project. Contact us for more information.

Thank you for your interest in Diffusion Tensor Imaging (DTI). Please provide us with your contact information and your local representative will contact you with a customized quote. Where appropriate, they can also assist you with a(n):