Neurons are mainly composed of the cell body, axons, dendrites, and synapses. With the development of super-resolution microscopy, the subcellular structure and function of neurons have also been gradually understood and explored. Here, we will separately describe the important components in detail. 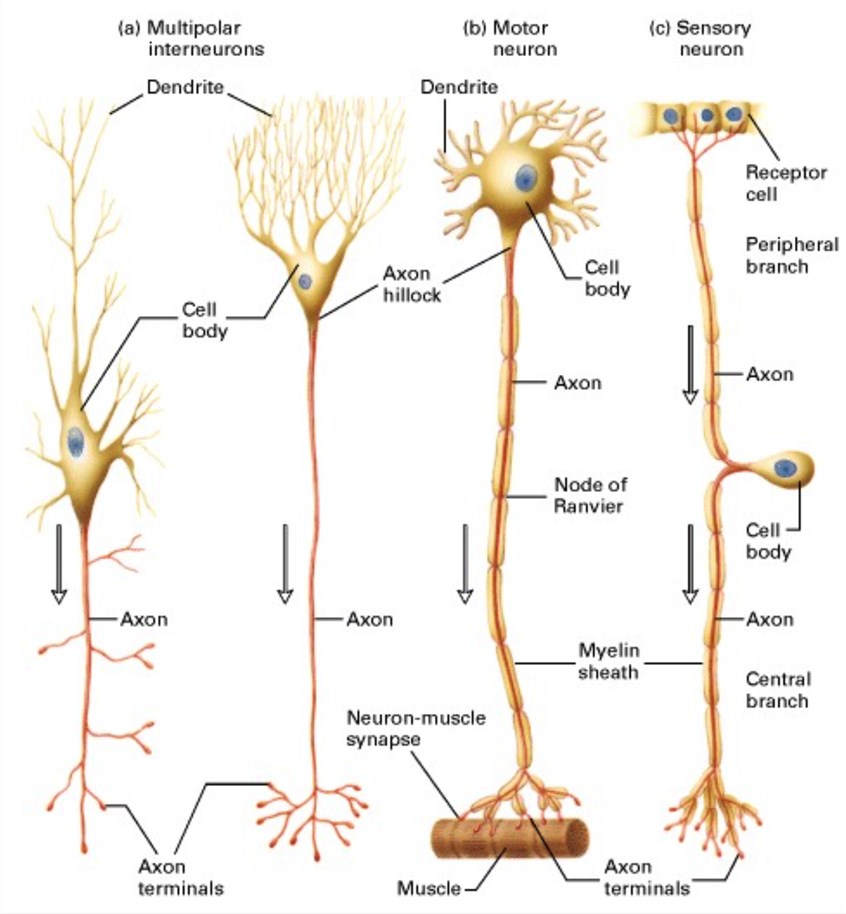 Actin is a cytoskeletal protein for the establishment and maintenance of neuronal polarity. Actin is the conserved globular protein with a molecule weight of 42 kD. Actin is widely expressed in almost all tissues and plays an important role in cell division, motility, and adhesion.

Lysosome and Endosome in Neurons

Lysosomes are acidic organelles that contain a variety of enzymes. With the action of acid hydrolases, lysosomes can promote the digestion of various biomolecules, including proteins, organelles, and extracellular debris. In addition, lysosomes play an important role in neurons to downregulate membrane receptors and attenuate the response to extracellular ligands.

Endosomes are a collection of intracellular sorting organelles which can represent a major sorting compartment of the endomembrane system. Depending on the stage post internalization, endosomes can be classified as early, sorting, or late. Among them, the early endosomes provide a sorting environment for lipid, protein, and extracellular molecules contained in endocytic vesicles. And the late endosomes are key sorting points for membrane vesicles and their contents.

In neurons, microtubules are major architectural elements composed of stables areas and highly dynamic areas. As the information carries, they can also support neuronal structure and organelle transport.

Mitochondria are double membrane-bound organelle with highly dynamic. In axons and dendrites, mitochondria can divide, fuse, and move purposefully. The major functions may include mediation of cell survival and death, regulation of redox signals and Ca²⁺, as well as developmental and synaptic plasticity.

Neurofilaments (NF) are protein polymers with 10nm in diameter. Found in the cytoplasm of neurons, they form the neuronal cytoskeleton together with microtubules and microfilaments. As the key determinants of axonal diameter, NF can influence nerve conduction velocity and axonal transport.

Neuronal migration is a basic process to form efficient neural networks in nuclei and multi-layered cortices of the brain. Studies have shown that nuclear movements can be regulated by microtubules, actin, and their associated motor proteins, dynein, and myosin.

Peroxisomes are single membrane-bound organelles that can be detected in multiple neural cell types. It has been reported that peroxisomes are associated with a series of neurological disorders, including Alzheimer's disease, autism, and amyotrophic lateral sclerosis.

Equipped with world-leading technology platforms and professional scientific staff, Creative Biolabs now provides a series of services and products for our clients all over the world. If you are interested in our services and products, please do not hesitate to contact us for more detailed information.

Thank you for your interest in Subcellular Structures of Neurons. Please provide us with your contact information and your local representative will contact you with a customized quote. Where appropriate, they can also assist you with a(n):