Neurodegenerative disorders (NDs) include a group of heterogeneous diseases often characterized by the deposition of proteins within neurons or brain parenchyma and/or by oxidative stress exacerbation. These events typically occur because of the failure of several proteins to fold correctly or to remain correctly folded, giving rise to many different types of biological malfunctions such as misfolding and aggregation and, therefore, to many forms of diseases.

Current neuropathologic methods have been combined with molecular biology techniques that have led to increased understanding of NDs along with biologically based classifications of these disorders. Molecular diagnostics provide a powerful tool in the diagnosis of many neurological diseases. For example, genetic testing of mutations in disease-causing genes has been leveraged to define and classify many of the heterogeneous inherited neurodegenerative syndromes.

NDs are diagnosed primarily based on history and clinical examination. Diagnostic criteria, based primarily on clinical findings, have been generated for most of the common NDs. The suspected diagnosis is then confirmed by carrying out directed tests in the fields of neurophysiology, neuropsychology, neuroimaging, or genetic analysis.

Apoptosis: A Key in NDs

Apoptosis or programmed cell death is an orchestrated form of physiological cellular suicide common in a variety of biological processes, such as embryogenesis, synaptogenesis, immune response, and normal tissue and organ involution. Apoptosis is best defined by a series of morphological changes that include condensation of chromatin, shrinking of cytoplasmic and nuclear compartments, compartmentalization of nuclear material into vesicular apoptotic bodies, and degradation of DNA into oligonucleosome-length fragments. Apoptosis of targeted cells within a tissue is mediated by activation of cell signaling those results from either engagement of the apoptotic stimuli and cell surface death receptors or from direct disruption of the mitochondria and the subsequent activation of a proteolytic cascade involving executioner caspases.

Nanostructures Employed for the Treatment of NDs

Polymeric nanoparticles range from 10 to 1000 nm. They may possess high drug-loading capacities if appropriately designed and can protect the incorporated drug-load against degradation, thus increasing the chances of the drug reaching the brain. They are stable and can target the delivery of drugs to the CNS due to their surface properties that can be manipulated to evade recognition by macrophages of the reticuloendothelial system (RES).

Nanospheres are dense polymeric matrices in which a drug is dispersed and are prepared by microemulsion polymerization. Drug-loaded nanosuspensions represent crystalline drug particles stabilized by nonionic surfactants or mixtures of lipids. Major advantages of nanosuspensions include simplicity, higher drug-loading capacity, and applicability to numerous drugs for CNS delivery.

Fig.1 (a) functionalized and stable nanoparticles within a suspension and (b) the typical structure of a drug-loaded nanocapsule. (Modi, 2009)

Nanogels are networks of crosslinked polymers that often combine ionic and non-ionic polymeric chains that are prepared using an emulsification solvent evaporation approach. Nanogels are promising carriers for CNS drug delivery, although they are in relatively early stages of development.

Carbon nanotubes are being explored to improve chronic CNS electrical stimulation. Carbon nanotubes are acutely toxic and may cause cell death via an oxidative-stress pathway and therefore have not been extensively applied in drug delivery research.

Polymeric nano-micelles have core-shell architecture with a hydrophobic core and a shell of hydrophilic polymer blocks. The core can incorporate up to 20-30% (w/w) of hydrophobic drugs thus preventing premature drug release and degradation. Polymeric nano-micelles are versatile and have been shown to efficiently deliver DNA molecules in vitro and in vivo although no successful study on their delivery to the CNS has been reported thus far. Nano-micelles can release drugs and other molecules upon a change of environmental conditions such as pH (acidification), concentration, or chemical structure, thus making nano-micelles superiorly versatile for drug targeting compared to other nanostructures.

Nano-liposomes are vesicular structures composed of uni- or multi-lamellar lipid bi-layers surrounding internal aqueous compartments. Evaluation of nano-liposomes for targeted CNS drug delivery has been studied for various applications. Coupling nano-liposomes to transport vectors can combine the advantages of targeting, incorporation of drugs at high concentrations, reduced side-effects, and circumvention of the multidrug efflux system. 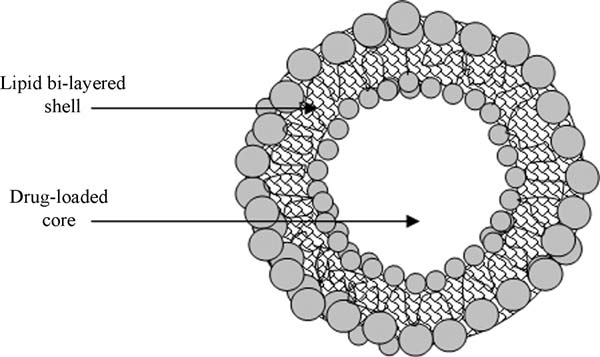 Fig.3 A schematic of a typical drug-loaded nano-liposome structure. (Modi, 2009)

Creative Biolabs is an innovative and experienced provider of neuroscience products and solutions. Please feel free to contact us.

Thank you for your interest in Neurodegenerative Disorders. Please provide us with your contact information and your local representative will contact you with a customized quote. Where appropriate, they can also assist you with a(n):