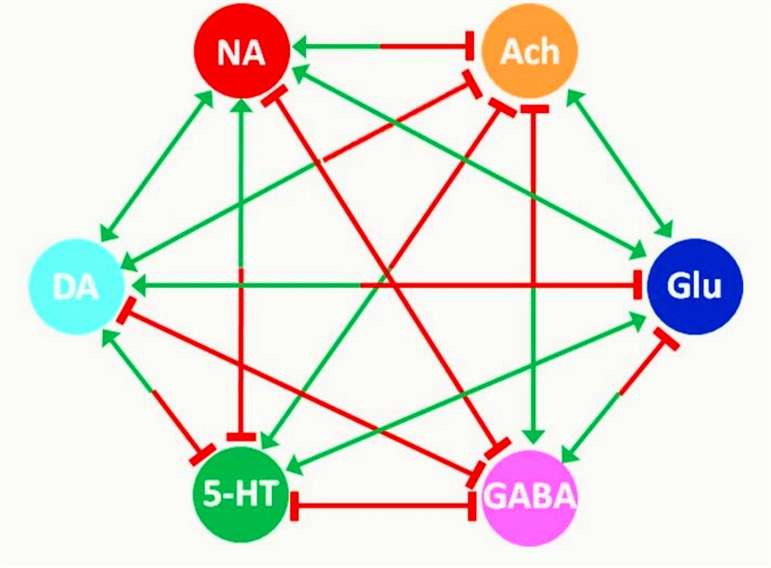 The nervous system is essential for delivering chemical messages and controlling human behaviors. At the same time, the construction of neural networks for information processing within and between various cells further provides the nervous system with extraordinary analytical capabilities. In general, the main cells involved in information processing are neurons. Many cell types are now widely used as neurons, depending on their shape, location, as well as chemical property. Besides, the various chemicals that send messages between neurons are called neurotransmitters. Up to now, a large number of neurotransmitters, including lipids (2-AG), gases (NO), peptides (PYY), purines (adenosine), and monoamines, have been reported for revealing the complex signaling pathways in the brain.

In addition, using neurotransmitter systems to decode information of neuron cell interactions can change the capacities of information processing and computing power of the brain. As a result, neurotransmitter-associated proteins and their receptors, such as glutamate and ATP, or 5-HT3 receptor, involved in neurotransmitter synthesis have been considered as potential targets for developing novel drugs to treat certain neurologic disorders.

By continuing to grow in response to the requirements of our clients, Creative Biolabs is dedicated to offering novel and innovative nervous system-based drug development strategies and solutions. If you are interested in our services, please contact us for more details. Let us know what you need and we will accommodate you. We look forward to working with you in the future.

Thank you for your interest in Neurotransmitter System. Please provide us with your contact information and your local representative will contact you with a customized quote. Where appropriate, they can also assist you with a(n):