The Use of Animals in Neuroscience

The Use of Animals in Neuroscience

Why Choose Model Organisms in Neuroscience?

The establishment and application of animal models play an important role in the research of neurological diseases. The selection of experimental animals in the nervous system animal experiment is generally based on the characteristics of the animal's nervous system. Creative Biolabs has advanced technology and provides several animal models suitable for different use laboratories, thereby promoting basic research on neurological diseases.

The use of specific model systems to explore neuroscience issues has enabled the rapid development of a large number of databases, and standardized animal procedures in laboratories and institutions. It provides scientific rigor and allows careful comparison of research results, which reduces costs and simplifies daily operations. A set of examples that were awarded the Nobel Prize, were the study of the neurological properties of squid, frog, horseshoe crab, aplysia, and rat. 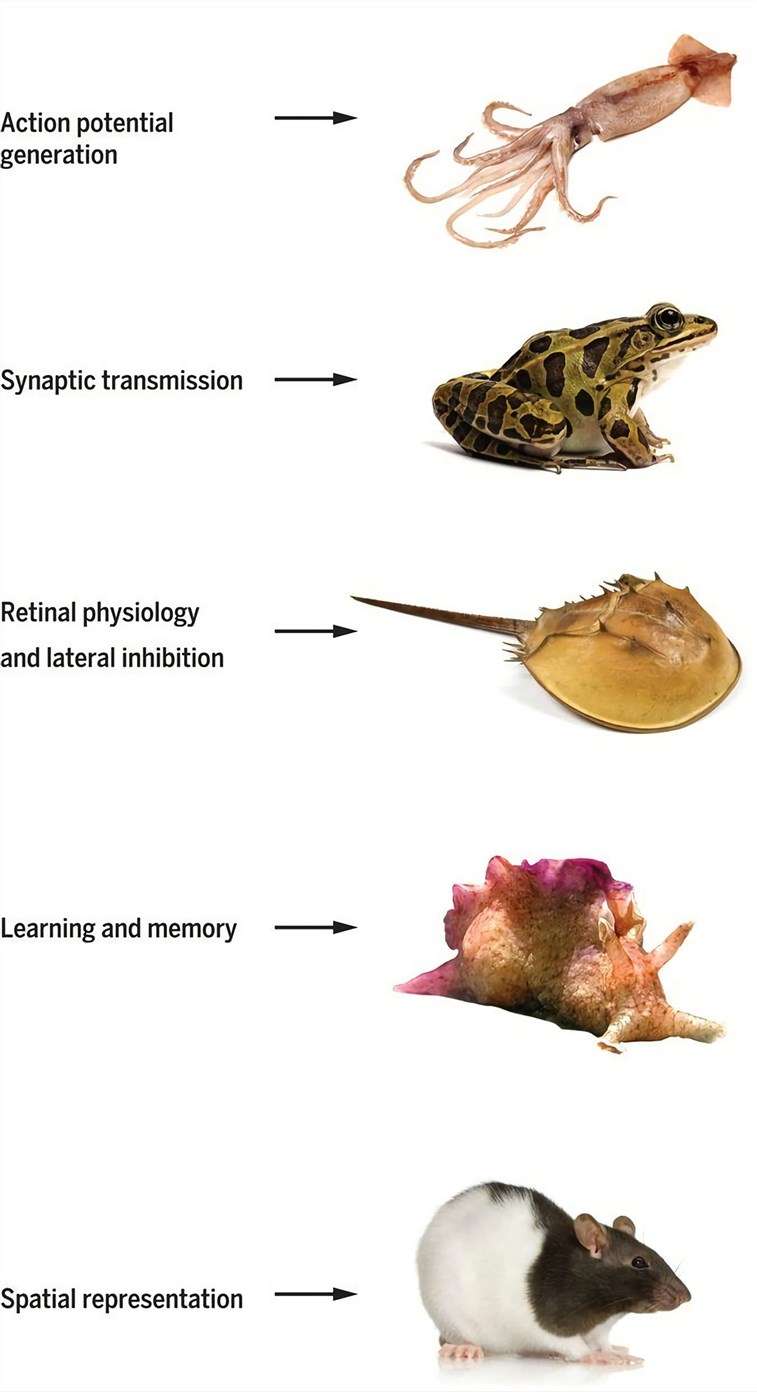 Squid was used to study the underlying mechanism of action potential generation due to its huge axons. Which one allows the insertion of voltage clamp electrodes.

Frogs were used to study the mechanism of synaptic transmission because their behavior is simple, but the synapses involved are large.

Horseshoe crabs were used to study the physiological mechanisms of the retina, including lateral inhibition, because of the accessibility of single nerve cells and the convenient structure of compound eyes.

Aplysia was used to study the neurobiology of learning and memory because of its simple form of learning ability and the easily recognizable and accessible neurons that regulate these behaviors.

Rats were used to study the neural components of spatial representations, because of their exploratory behavior and size, allowing neural recordings in free behavior.

Creative Biolabs has advanced technology and mature methods in the research of neuroscience problems. We are committed to providing customers with high-quality R&D services and assistance on neurological research issues. We have a full line of off-the-shelf and customized products for different neurosecretion research. Please feel free to contact us if you are interested or have any questions.

Thank you for your interest in The Use of Animals in Neuroscience. Please provide us with your contact information and your local representative will contact you with a customized quote. Where appropriate, they can also assist you with a(n):