Schwann cells are nerve fibers that produce myelin in the peripheral nervous system (PNS). Their function is equivalent to oligodendrocytes in the central nervous system (CNS). They form a myelin sheath around the axon and have multiple functions such as providing structural support, conducting nerve impulses along the axon, removing debris after axon injury, and guiding axon regenerations. 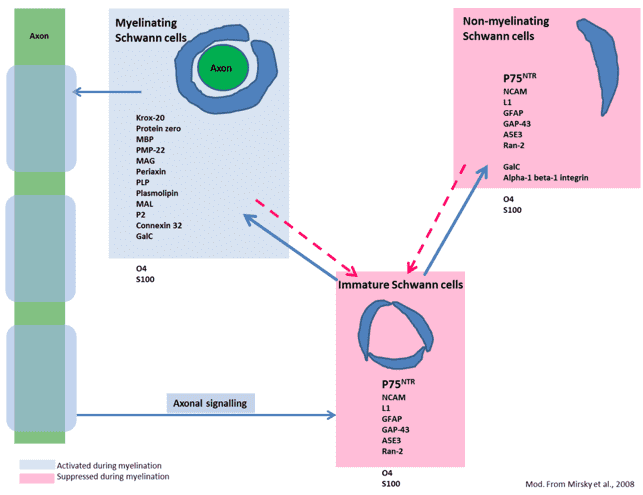 With our easy-to-use guide below, make sure you choose the best cell marker tools for your research needs.

Thank you for your interest in Schwann Cell Markers Related Products. Please provide us with your contact information and your local representative will contact you with a customized quote. Where appropriate, they can also assist you with a(n):