The nervous system is an information processing system with external and internal inputs and outputs. External information is received from the environment, sense organs, and other parts of the organism. Besides external inputs, similar signal patterns are generated within the nervous system by internal signal sources. As far as output is concerned, information is sent through special pathways to well-defined external outputs, e.g., musculation or secretory organs, where ‘decoding’ occurs: the electrical signal pattern is converted into muscle contraction or some secretion.

Two phenomena are basic for signal transmission in the nervous system. One is the action potential, a transient change in the electrical potential difference across the nerve cell membrane, propagating without decay along with the cylindrical parts (axons) of nerve cells (axonal transmission). The other is the signal transmission from one cell to another, which occurs at particular contact sites between cells (synapses).

Differences in concentration and electrical potential are maintained across the neuronal membrane. Action potentials can occur due to changes in the permeabilities of specific ions. Neurons encode information by generating sequences of action potentials. Action potential shapes and firing patterns differ widely among different types of neurons. Action potentials encode information in their frequency and pattern in neuronal cell bodies and serve primarily to rapidly propagate signals over distance in axons. Once an action potential is initiated, it causes local currents in an adjacent part of the membrane, which are large enough to cause this part to be excited, thus propagating the action potential along the axon without decay. The system of ionic currents that controls action potential shape and firing patterns in central neurons, although complex, has remarkable advantages for pursuing general problems in systems biology (such as robustness and redundancy): it has highly quantifiable elements, which are well-suited to mathematical modeling. 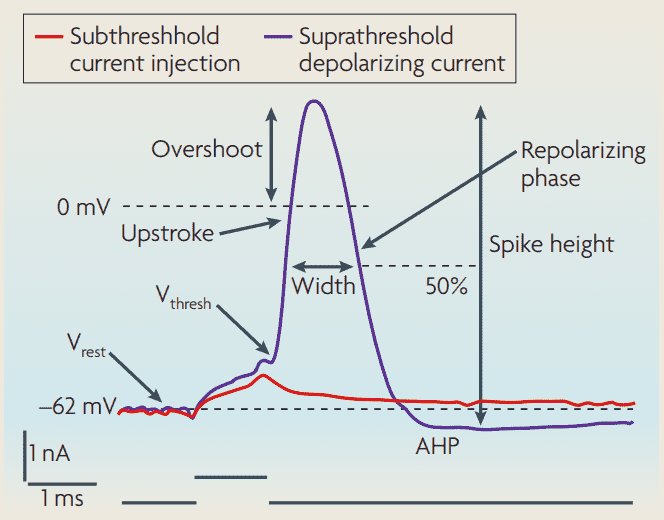 There are two types of synaptic transmission. First, two nerve cells can be tightly coupled so that direct electrical transmission becomes possible. More commonly, two nerve cells (or a nerve cell and a muscle cell in the neuro-muscular junction) are separated at their place of contact by a region of extracellular fluid tens of nanometres wide; this is called the synaptic cleft and constitutes an electrical leakage pathway for a presynaptic action potential, thus preventing electrical transmission. In these cases, transmission is mediated by a complicated chemical mechanism. Presynaptic and postsynaptic cells can dynamically change their signaling behavior based on their internal state or the cues they receive from other cells. This type of plasticity, or capacity for change, makes the synapse a key site for altering neural circuit strength and plays a role in learning and memory. 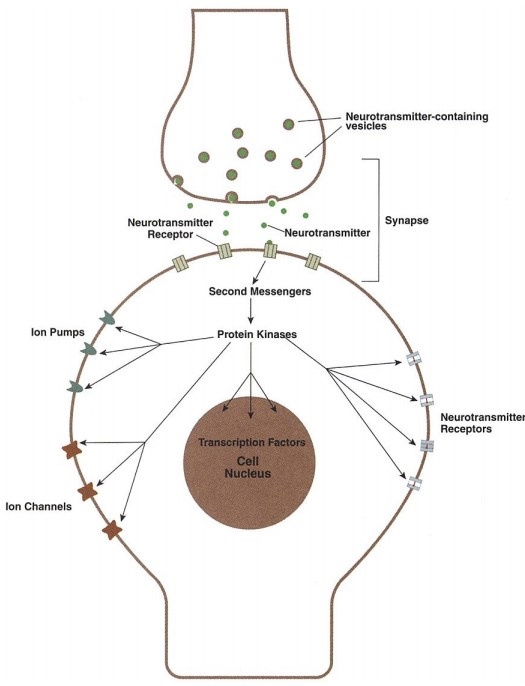 Fig.2 Some of the signaling pathways of slow synaptic transmission. (Greengard, 2001)

Active in the neuroscience research field, Creative Biolabs is considered a leading manufacturer of the class of services and products worldwide. We have a full line of high-quality products such as antibodies, proteins, cell lines, cell culture tools, and modulators; our customized services cover every aspect of the neuroscience field to meet your needs. Please do not hesitate to contact us for more detailed information.

Thank you for your interest in Nervous System Signal Transmission. Please provide us with your contact information and your local representative will contact you with a customized quote. Where appropriate, they can also assist you with a(n):