An agonist is also called a stimulant which is a drug, an enzyme agonist, and a molecule. It has both high affinity with the receptor and high intrinsic activity and can bind to the receptor for maximum effect, also known as a complete agonist. Here we introduce some receptor agonists in neurosciences.

25I-NBOMe (25-I) is the first compound in the NBOMe series, which was discovered by Ralf Heim in 2003. 25-I is derived from the phenethylamine 2C-I by substitution on the amine with a 2-methoxybenzyl (BOMe) group and it is one of the classes of N-benzyl phenethylamine 2C derivatives that are potent serotonin 2A (5-HT2A) receptor, agonists. The 5-HT2A receptor has been closely linked to complex behaviors including working memory, cognitive processes, and affective disorders such as schizophrenia. Since25-I acts as a highly potent and selective agonist for the human 5-HT2A receptor, a radio-labeled form of 25-I can be used as a tool for mapping the distribution of 5-HT2A receptors in the brain. 25-I induces a head-twitch response in mice which is blocked completely by a selective 5-HT2A antagonist, suggesting its psychedelic effects are mediated by 5-HT2A. 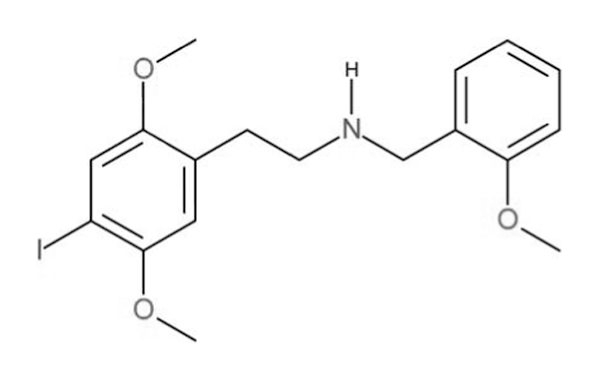 JWH-018 is the first synthetic cannabinoid compound that appeared in the market, belonging to the large family of aminoalkylindoles and they can be chemically divided into different classes: naphthoylindoles, benzoylindoles, phenylacetylindoles, and adamantylindolecarboxamides.

JWH-018 is found by John W. Huffman. It belongs to the naphthoylindole family, as a full agonist at both the CB1 and CB2 cannabinoid receptors with some selectivity for CB2, this chemical compound is classified as an analgesic medication. The analgesic effects of cannabinoid ligands, mediated by CB1 receptors are well established in the treatment of neuropathic pain, as well as cancer pain and arthritis.

It produces effects in animals like those of tetrahydrocannabinol (THC). JWH-018 binds murine, rat, and human cannabinoid CB1/CB2 receptors in the low nanomolar range, showing approximately a fourfold increased activity at CB1 and about a 10-fold increased affinity at CB2 receptors compared with Dronabinol (D9-THC). The recent findings suggest a potentially dangerous role played by JWH-018 consumption in altering sensorimotor skills among drivers. 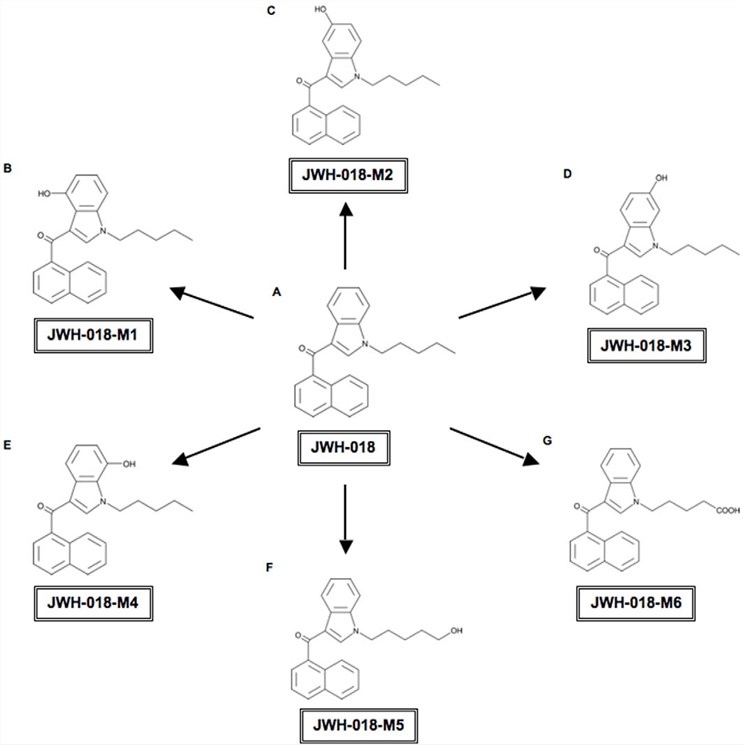 5-MeO-DiPT (5-methoxy-diisopropyltryptamine) is a psychedelic tryptamine and the methoxy derivative of diisopropyltryptamine. It is a serotonin receptor agonist. The mechanism that produces the purported hallucinogenic and entheogenic effects of 5-MeO-DiPT is thought to be mainly due to 5-HT2A receptor agonism. 5-MEO-DiPT has the strongest binding affinity with the 5-HT1A receptor. In addition, 5-MeO-DiPT is neurotoxic in rats.

Fig.3 Metabolic pathways of 5-MeO-DIPT in humans revealed in this study. (Kamata, 2006)

Creative Biolabs is dedicated to the development of optimized synthetic routes and high quality products that exceed international standards. We are a multidisciplinary, qualified, and experienced team. If you want to know more, please do not hesitate to contact us for more detailed information.

Thank you for your interest in Receptor Agonists: 25I-NBOMe, JWH-018, and 5-MEO-DiPT. Please provide us with your contact information and your local representative will contact you with a customized quote. Where appropriate, they can also assist you with a(n):