Prion diseases, also known as transmissible spongiform encephalopathies (TSEs), are a group of fatal neurodegenerative disorders that include Creutzfeldt-Jakob disease (CJD), Gerstmann-Straussler-Scheinker syndrome, kuru and fatal familial insomnia. Prion diseases are thought to be caused by the misfolding of native cellular prion protein (PrPC) into the aggregation prone form (PrPSc). PrPSc refers to the misfolded infectious form that differs from PrPC because it has a higher content of β-sheet structure and it aggregates to form medium and large size polymers. The conversion of PrPC into PrPSc is the main event in prion disease. 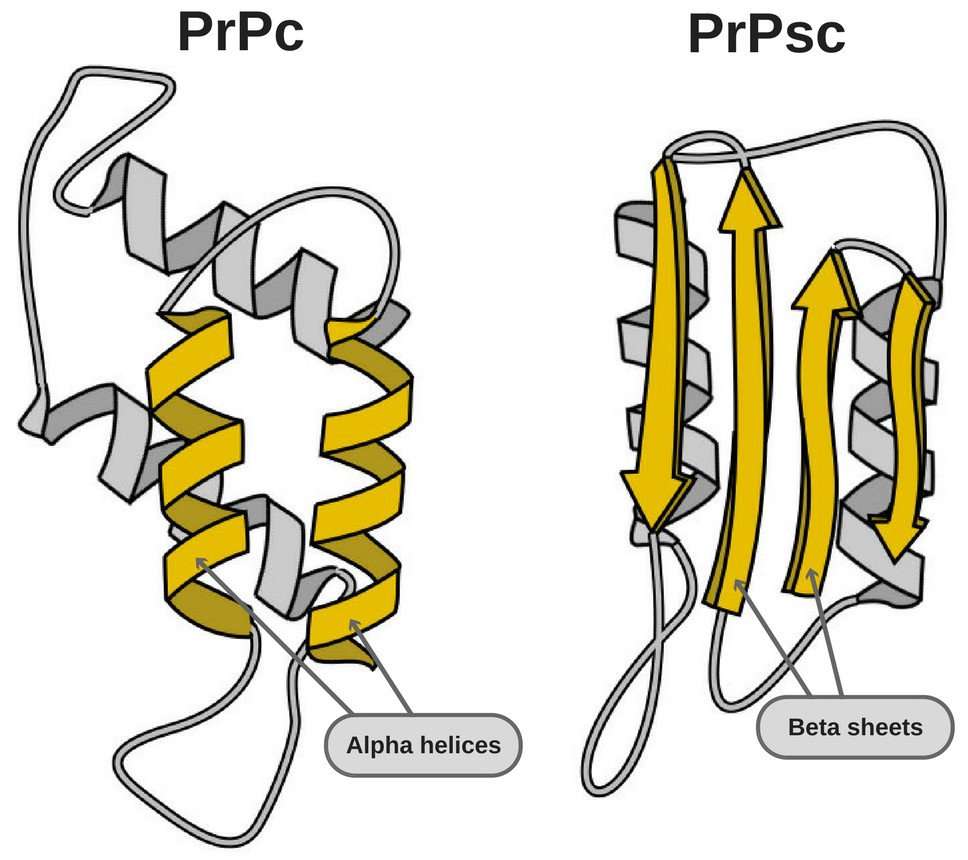 Fig.1 Structure of PrPC and PrPSc.

The Central Role of PrPSc

There is no doubt that the formation and accumulation of PrPSc in the brain is the triggering factor of prion disease. PrPSc accumulates in different brain regions as distinct types of deposits depending on the animal species and strains of the agent. The loss of the critical biological function of PrPC is one possible mechanism by which PrPSc formation might result in neurodegeneration. Studies have proposed various functions of PrPC, such as the roles in apoptosis, oxidative stress, neuroprotection, transmembrane signaling, myelination, cell adhesion, and trafficking of metal ions. Another possible mechanism by which PrPSc formation might be linked to the disease is by direct toxicity of the misfolded protein.

Currently, no therapeutic or prophylactic regimens exist for prion diseases. A variety of therapeutic strategies have been proposed but most of them directed at preventing prion conversion. The targets include inhibition of PrPC expression, enhancement of PrPC degradation, inhibition of PrPC-PrPSc interaction, inhibition of PrPSc oligomer formation, and enhancement of PrPSc degradation. PrPC and PrPSc have been widely studied to understand the enigmatic nature of prions. Additionally, some cellular factors have been implicated as possible targets in PrPC-mediated or PrPSc-induced neurodegenerative processes. One example is the growth arrest and DNA-damage-inducible protein GADD34. GADD34 promotes dephosphorylation of the α-subunit of eukaryotic translation initiation factor 2 and reverses translational suppression caused by the prion infection-induced unfolded protein response in the endoplasmic reticulum. 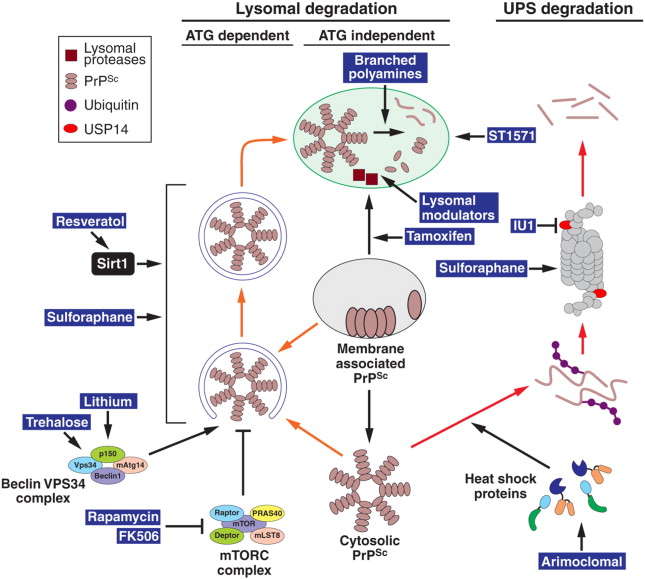 Thank you for your interest in Prion Disease Related Products. Please provide us with your contact information and your local representative will contact you with a customized quote. Where appropriate, they can also assist you with a(n):