Amyotrophic lateral sclerosis (ALS) is a disease that causes the death of the neurons controlling voluntary muscles. It is also known as Lou Gehrig's disease, Charcot's disease or motor neurone disease (MND). Over 17,000 people are estimated to be living with ALS in the United States, more commonly in whites, males, and people over the age of 60. The ALS symptoms include stiff muscles, muscle twitching, and gradually worsening weakness due to muscles decreasing in size.

ALS can be classified as familial or sporadic ALS. It has been shown that more than 20 genes are associated with familial ALS, of which four account for the majority of familial cases: C9orf72 (40%), SOD1 (20%), FUS (1-5%), and TARDBP (1-5%). Other genes include CHCHD10, SQSTM1, and TBK1. These genes can be grouped into three general categories: protein degradation, the cytoskeleton, and RNA processing. 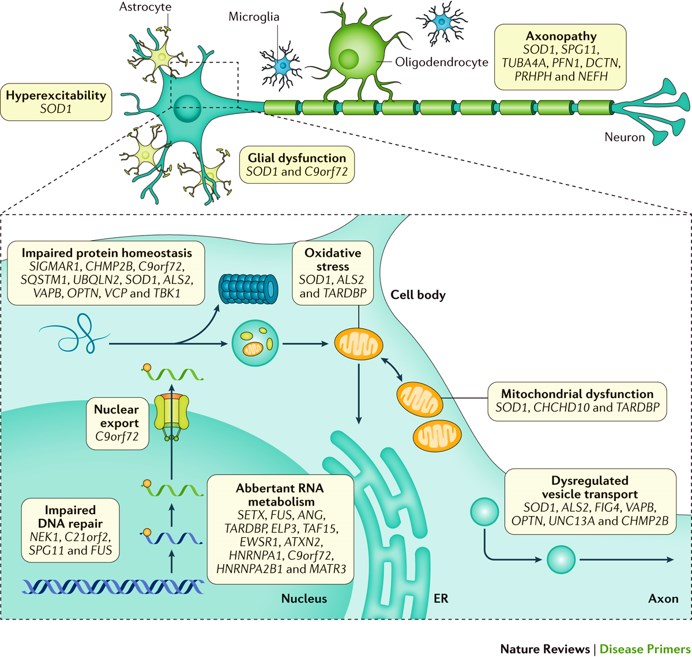 Thank you for your interest in Amyotrophic Lateral Sclerosis (ALS) Related Products. Please provide us with your contact information and your local representative will contact you with a customized quote. Where appropriate, they can also assist you with a(n):