AAV vector has been proven to be one of the most effective gene therapy for its excellent gene transfer efficiency, stable security, and noncytotoxic characteristics. AAV is one of the smallest viruses used in gene therapy and has proven particularly good at delivering small gene cassettes to a wide range of tissues, including brain. AAV vectors have become the preferred tool for gene transfer to neurons in basic research applications, and have been widely used in clinical trials of neurological diseases.

AAV-mediated transduction of primary afferent neurons via intrathecal infusion, sciatic nerve injection, or direct intraganglionic injection has been described in many studies. AAV vectors have also been successfully used for the transduction of enteric neurons by direct injection. Thus, the utility of AAV vectors for genetic manipulations of the intrinsic and extrinsic components of the enteric nervous system has been proved. More novel engineered AAVs with more efficient delivery, more specific targeting, and a wider transduction capabilities are being developed to further facilitate biomedical research of the CNS. 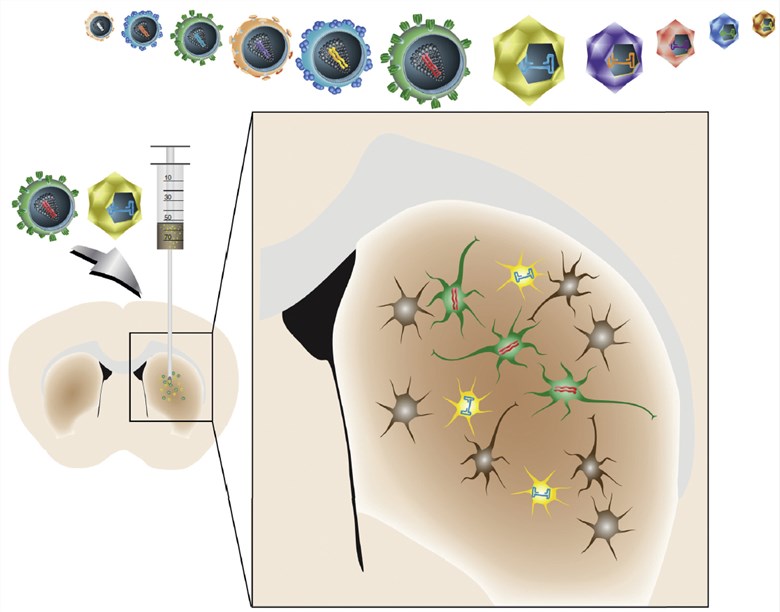 LVs belong to the Retroviridae family. The most widely studied LV is HIV-1. Compared with retroviruses, LV retroviruses have the unique ability to translocate across the nuclear membrane and infect nondividing cells.

Retrograde transport of LV is obtained through the specific envelopes of the rhabdoviridae family, which further increases the versatility of these vectors in the CNS. The most commonly used envelope is the vesicular stomatitis virus glycoprotein (VSV-G), which can efficiently transduce neurons. The pseudotyping of LV vector with rabies virus (RVG) coated GP not only has neurotropism but also can mediate the retrograde transport of vector particles along the axons of neurons. Additionally, it opens up the amenable route of noninvasive administration of the vector by targeting peripheral sites of neuromuscular synapses to access CNS neurons affected by such diseases as amyotrophic lateral sclerosis and spinal muscular atrophy. 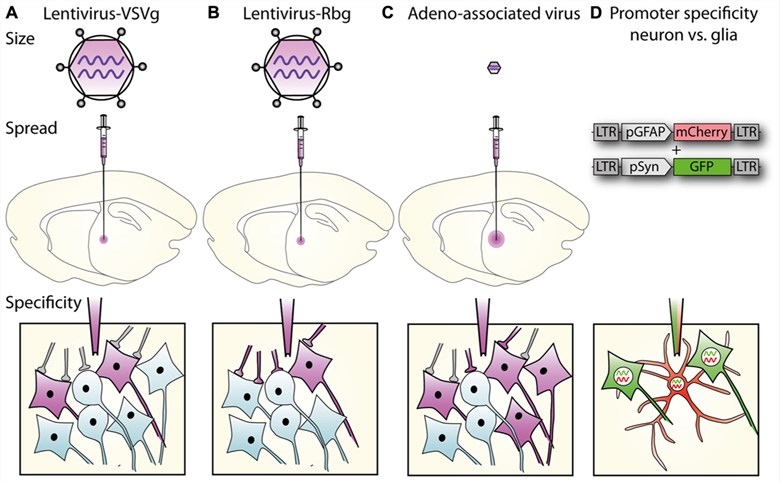 HSV is a neurotropic double-stranded DNA virus, which was found in the peripheral nervous system decades ago. HSV and particularly HSV-1 have many potential applications in human health, including transmission and expression of human genes to CNS cells. HSV-1can persist in a variety of cell types and be engineered to produce an effective gene transfer vector for experimental and potential therapeutic uses in the nervous system. Several characteristics make this HSV fascinating as a viral vector, especially appropriate for the treatment of nervous system diseases. 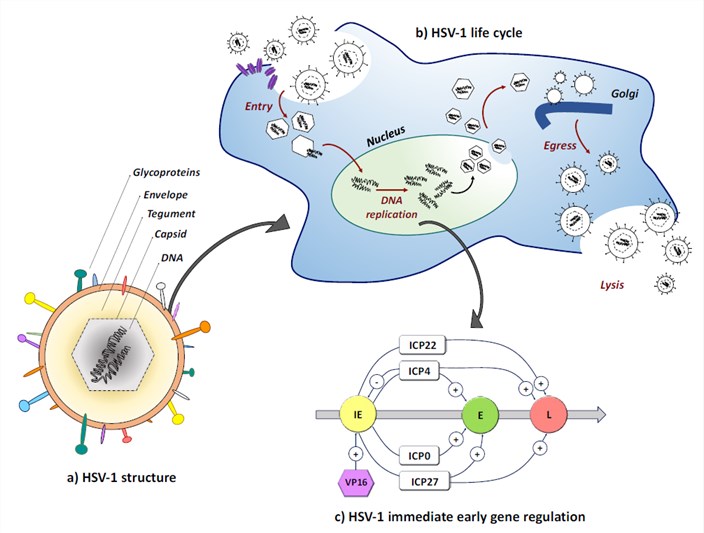 Two main categories of HSV-based vectors have been generated: HSV-1 amplicon vectors and replication-defective HSV-1 vectors. The properties of HSV have been exploited to expand the utility of HSV vectors as therapeutic agents for diseases of the CNS.

Advances in vector technology are critical for basic studies of the CNS as well as the clinical development of therapeutic strategies. Creative Biolabs offers well-established and innovative One-Stop-Shop solutions for engineering viruses in nervous system studies. If you need, please do not hesitate to contact us.

Thank you for your interest in Viral Vectors in the Central Nervous System (CNS). Please provide us with your contact information and your local representative will contact you with a customized quote. Where appropriate, they can also assist you with a(n):